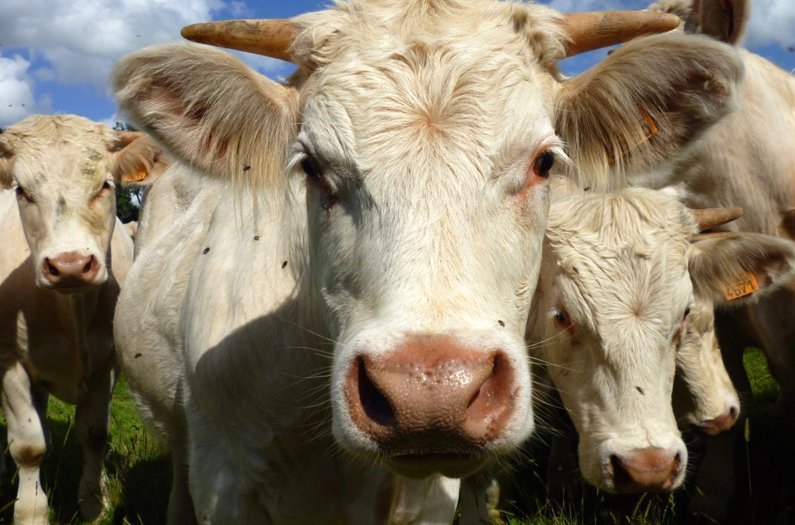 How cattle could help to slow malaria’s spread

New research reveals a link between livestock and the regional spread of malaria in India.
By Emma Bryce
January 20, 2017

In the battle against malaria, we’ve wielded preventative sprays and bed nets aplenty. But in the world’s worst-affected regions, there’s one weapon that researchers think we might have overlooked: cattle.

Globally, malaria causes almost half a million deaths each year, mostly in Africa and Asia. India stands out, with the highest rate of malaria infection in the whole Asia-Pacific region and several hundred thousand related deaths annually. Now, writing in the journal Scientific Reports, researchers from Penn State University have pinpointed livestock farms—and cattle sheds, specifically—as hotbeds of malaria transmission in the country.

The team of Penn State entomologists focused their research in Odisha, an east-Indian state where a striking one-third of the country’s malaria-related deaths occur. Livestock farming is prevalent there, and cattle shelters often flank the farmers’ houses. Focusing on six villages in the Odisha’s Sundergarh district, the researchers collected thousands of insects from two malaria-transmitting species—Anopheles culicifacies and Anopheles fluviatilis—gathering them from both human dwellings and cattle sheds to determine whether they had fed on people or animals.

They found that the bulk of the 2,000-odd mosquitoes they sampled had consumed cattle blood: 35 percent had fed solely off cows, while 45 percent had remnants of both human and cow blood in their bodies. The researchers also noted that both species took refuge predominantly in cattle sheds rather than human dwellings—even the minority of mosquitoes that had only fed on humans. That’s probably due to controls such as insecticide sprays in people’s homes, the researchers noted, which aren’t widely applied to cattle shelters in India.

Intuitively, it seems like this should reduce malaria transmission in humans: after all, every time a mosquito bites an animal, it’s an opportunity wasted to infect a human with the malaria parasite. And yet, the researchers showed that livestock actually increased malaria risk by attracting and harboring the deadly insects in close proximity to humans. “If most feeds are on cows, although the initial probability of becoming infected is low, the mosquito is unlikely to encounter control measures and more likely to survive long enough to give an infectious bite,” the authors write in their paper.

In other words, cattle sheds are like safe houses for malaria-toting mosquitoes: the insecticide sprays and treated bed nets typically used in people’s homes won’t affect these conveniently sheltered insects.

By plugging their data into a computer model, the researchers were able to show, however, that even modest interventions, if delivered at key points during the mosquitoes’ life cycle—like spraying in cattle sheds or dosing cows up with mosquito-repelling medicine—could shift the population into a decline.

Ironically, those interventions were once commonplace in India: in the 1950s and ’60s, farmers periodically sprayed their homes and cattle sheds, until financial and political changes undermined this preventative drive, and shifted the focus to domestic dwellings alone.

The recent findings recall attention to those old measures: if malaria is to be wiped out by 2030—the goal the world has set itself for eradication—recognizing the value of livestock farmers and their cattle in this regard could “tip the balance towards elimination” in India, the researchers say.