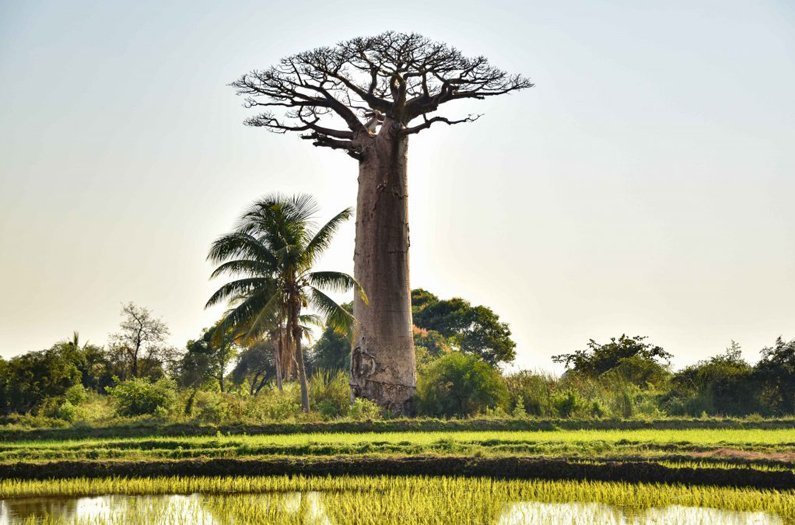 On thousands of rural farms spread across sub-Saharan Africa, farmers have been cashing in on a secret source of income, that’s hiding in plain sight: trees.
By Emma Bryce
January 27, 2017

On thousands of rural farms spread across sub-Saharan Africa, farmers have been benefiting from a secret source of income that’s hiding in plain sight: trees. Writing in the journal Forest Policy and Economics, researchers from the University of Illinois have discovered that alongside conventional crops and livestock, trees boost rural farmers’ income by almost 20 percent in some African countries.

Historically, the value of farmland trees has been overlooked. Trees are usually large and slow-growing, so they’re not counted as ‘crops’ in the conventional sense; individually, they don’t really count as ‘forest’, either. So when land use is measured, farmland trees typically “fall through the cracks,” says Daniel Miller, who researches environmental politics and policy at the University of Illinois, and is an author on the new paper. To remedy this, he and his team set out to quantify the value of trees on smallholder farms—the tiny plots of land, usually owned by families, that produce the bulk of Africa’s food.

Miller and colleagues focused their attention on farms in Tanzania, Ethiopia, Malawi, Nigeria, and Uganda. They used data from a World Bank survey that had gathered information on agricultural income and crops cultivated from over 20,000 rural farming households spread across those five countries. That crop data was geo-referenced, so the researchers could combine it with satellite data to show where various crops appeared on a map.

The analysis revealed that trees represent a surprising portion both of the farmers’ land-use, and their income. Across the five countries, one-third of rural farmers grew trees on their land, the highest proportion—54 percent—being in Tanzania. Fruit trees like mango, pawpaw, and orange, or cash crop trees like coffee, were particularly widespread. Averaged out, trees made up 17 percent of income for tree-growing households, and accounted for 32 percent of their overall agricultural earnings.

The results are encouraging, the researchers say, because by supplementing incomes and diets, trees are not only bolstering regional food security, they may also have an environmental benefit there that’s gone unappreciated until now.

Previous research has shown that agroforestry—the practice of interspersing crops or pastureland with trees—can naturally fertilize the soil and boost biodiversity by maintaining green corridors for wildlife. Trees also mitigate the effects of climate change by sequestering carbon. Notably, their relative resilience to climatic shifts provides food security in times when weather changes cause crop productivity to fluctuate. The more farmland with trees on it, the more resilient farmers could become to those threats.

But the study also noted the role of politics in encouraging or discouraging farmers to cultivate trees. Interestingly, in countries where forests are community-owned instead of being state property, Miller and his team discovered that farmers were more inclined to have trees on their land—presumably because there’s less of a risk that the government will one day claim them back as their own.

This and other factors need to be studied in more detail, if we are to grasp the full potential of farmland trees, say Miller and colleagues. “Overall, the results suggest that trees on farms should be given more attention in agriculture, food security and poverty-related policy debates in Africa,” they write in their paper, “particularly as the need to tackle climate change becomes more urgent.”