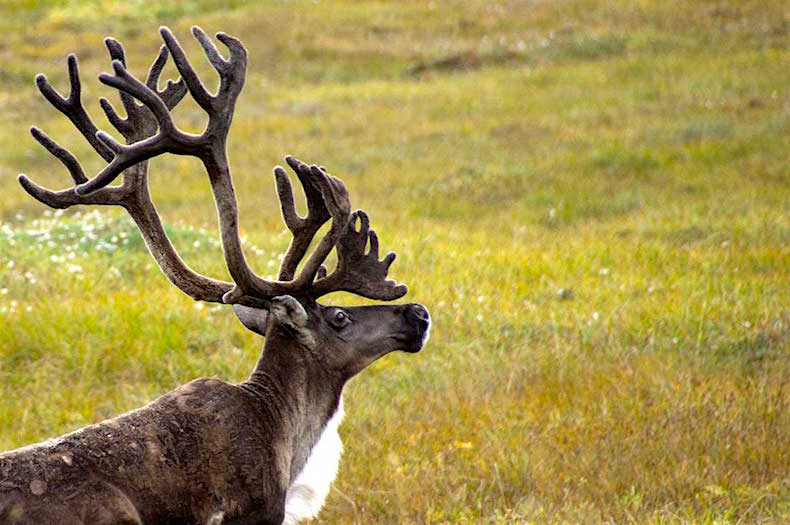 How reindeer and caribou help cool the Arctic

Reindeer foraging habits change the tundra’s surface so that it reflects rather than absorbs sunlight, in essence applying sunscreen to an overheating planet.
By Brandon Keim
January 11, 2017

Just imagine: What if millions of people moved to the Arctic and devoted their lives to engineering a landscape that could help offset the global impacts of climate change?

Something kind of like that is already happening. Reindeer, say scientists, may alter Arctic landscapes in profound and climate-helpful ways. Their foraging habits change the tundra’s surface so that it reflects rather than absorbs sunlight.

In other words, reindeer—or caribou, as they’re known in North America—apply sunscreen to an overheating planet.

“Reindeer have a potential cooling effect on climate,” write researchers led by ecologists Mariska te Beest and Johan Olofsson of Sweden’s Umeå University in the journal Environmental Research Letters. “Herbivore management could be a potential tool to mitigate future warming.”

At their study site in far northern Norway, where Sámi herders manage vast semi-wild reindeer herds, the researchers fenced tundra plots to permit different grazing intensities. There they measured vegetation change, albedo (a technical word for reflectivity), and near-surface temperatures over the course of a summer.

Where reindeer grazed on shrubs, grasses grew in their place. Grasses, being comparatively thin and light-colored, absorb far less energy than dark, broad-leafed shrubs. The resulting difference in albedo was so dramatic that, at high grazing densities, reindeer reduced local heating by an amount equivalent to what’s expected from the doubling of Earth’s carbon dioxide levels.

This does not mean, cautioned Olofsson, that reindeer alone can offset global warming. “While a doubling of CO2 concentrations is very realistic,” he says, “having an extremely high grazing pressure over the whole Arctic for 50 years is not. The maximal potential effect will not be fully realised.”

That said, it remains to be determined just how much of that potential effect reindeer and caribou can provide. After all, they range in thousands-strong herds across much of the Arctic—and if vegetation only needs to be munched every few years, rather than every summer, the area affected would be vast.

This would be welcome news for the Arctic, where a proliferation of warmth-loving shrubs has raised concerns about feedback loops similar to what’s observed in the Arctic Ocean; in that case, melting sea ice reveals dark waters that heat up and accelerate the melt. And the effects might be global: scientists have theorized that Arctic heating affects mid-latitude regions by disrupting the jet stream, that vast river of air which flows from west to east around the northern hemisphere and shapes our weather patterns. That disruption generates extended temperate-zone heat waves and cold snaps.

Lots of Arctic reindeer and caribou, then, could mean better weather elsewhere. Unfortunately their populations are in sharp decline, having shrunk by one-third since the 1990s. The reasons are not fully understood, but an expanded human footprint—especially mining and fuel-extraction operations that disrupt migration routes and degrade important habitat—isn’t helping.

“In order to supply the ecosystem service,” said Olofsson, “reindeer and caribou need to have good conditions.”