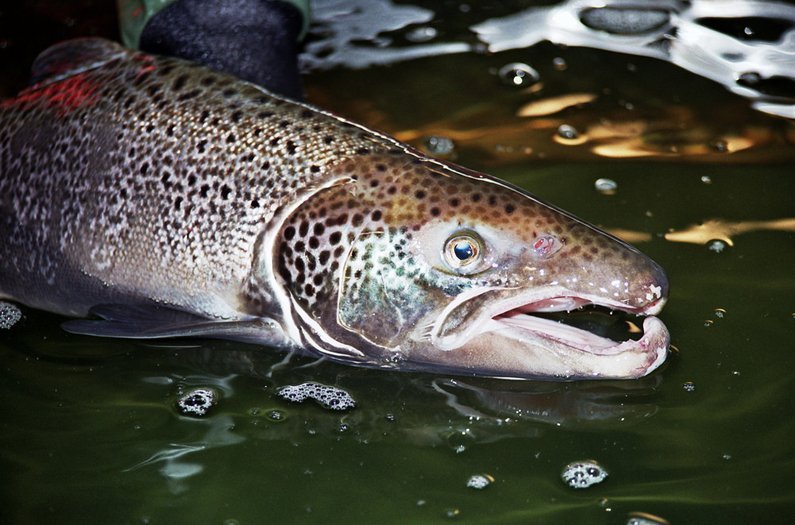 Could animals living in the Northern Hemisphere’s oceans suffer from a massive, widespread nutrient deficiency, threatening the health of entire populations?
By Brandon Keim
January 17, 2017

Could animals living in the Northern Hemisphere’s oceans suffer from a massive, widespread nutrient deficiency, weaking them and threatening the health of entire populations?

So suggest scientists who measured low levels of thiamine—Vitamin B1 in the health supplement aisle—in seven species of fish, shellfish, and seabird. Concern isn’t limited to them; rather, those species are representative of whole animal classes. As thiamine is crucial to basic cellular metabolism, the implications are enormous.

“Although not all species show populations declines simultaneously, probably because of regional differences in ‘exposure’ and different sensitivities,” says ecotoxicologist Tomas Hansson of Sweden’s Stockholm University, “we think that the impact is huge.”

Hansson and colleagues, whose findings are published in the journal Scientific Reports, aren’t the first scientists to find thiamine deficiencies in wildlife. Initial reports came in the mid-1990s, when deficiencies were linked to widespread die-offs in young salmon. But the new study, they write, shows the phenomenon to be “considerably more widespread and severe than previously reported.”

The researchers sampled seven species—blue mussels, common eiders, European and American eels, Atlantic salmon, sea trout, and herring—at 45 coastal sites around the Atlantic Ocean, from New England to Iceland and the United Kingdom. Except for the herring, they were all deficient.

“Many health effects, including abnormal behaviour, observed in biota today may well be due to thiamine deficiency,” write Hansson’s team. To be sure, this hasn’t been conclusively demonstrated, but the researchers think attention is urgently required. “Many wildlife populations are declining at rates higher than can be explained by known threats to biodiversity,” they write, and “thiamine deficiency has emerged as a possible contributing cause.”

Another outstanding question is whether the phenomenon is also found in mainland species. That’s at least possible. In a study published in 2009, Hansson’s team described lethal thiamine deficiencies in herring gulls and starlings in Sweden. Researchers in the United States have described deficiencies in largemouth bass and alligators. “Investigations of thiamine status in terrestrial animals are indeed warranted,” Hansson says.

Also unanswered is why the malnourishment appears restricted to Northern Hemisphere waters, though this may simply reflect an absence of good data. “Nothing excludes thiamine deficiency also in the Southern Hemisphere,” says Hansson.

The biggest question of all is why this is happening in the first place. Among the hypotheses are a shift in thiamine-producing algae populations or exposure to environmental pollutants that interfere with thiamine uptake. “The biogeochemical environment is highly impacted by human activities,” says Hansson.