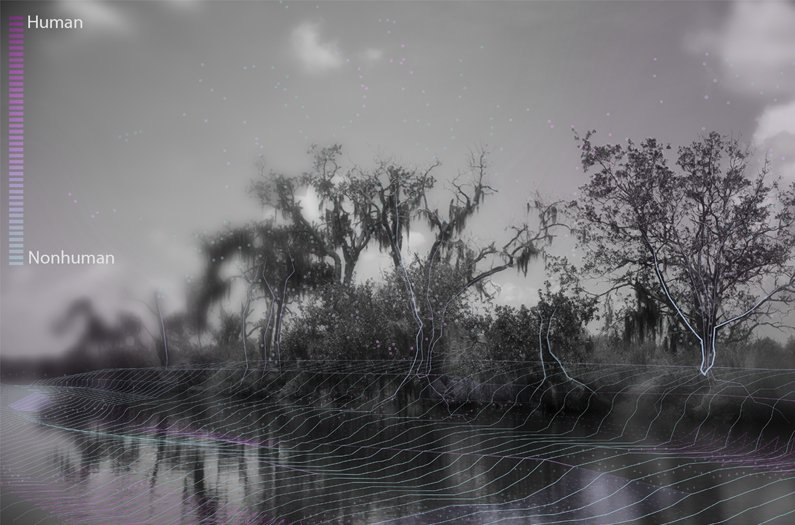 AI's applications are being considered in contexts as varied as lawmaking, medicine, and the military. It’s only natural to wonder, then: What could AI mean for nature?
By Brandon Keim
February 22, 2017

Artificial intelligence is all the rage these days. Already crucial to global supply chains and the internet’s operations, its potential applications are being considered in contexts as varied as lawmaking, medicine and the military. It’s only natural to wonder, then: What could AI mean for nature? Or, in the words of a new Trends in Ecology and Evolution paper, “Could a deep-learning system sustain the autonomy of nonhuman ecological processes at designated sites without direct human interventions?”

Written by Bradley Cantrell, a landscape architect at Harvard University, along with Harvard environmental historian Laura Martin and ecologist Erle Ellis of the University of Maryland, Baltimore County, the article is more thought experiment than practical program—although, given the inroads already made by AIs in conservation, it’s perhaps not so far-fetched. Some researchers already use artificial intelligences to make sense of ever-more-complex ecological datasets. Others have designed autonomous robots to hunt down invasive starfish in the Great Barrier Reef. Proposed applications for AI-augmented systems include roving fences to divert wildlife, seed-dispersing drones, and even the redirection of riverine sediments into biodiversity-promoting configurations.

Cantrell’s group goes big, conceiving of a “wildness creator”: an “autonomous landscape infrastructure system that creates and sustains wildness,” initially programmed to counteract such deleterious human influences as chemical, noise, and light pollution, and allowed to operate without hands-on direction. In time it would learn from the consequences of its own actions, adopting new strategies and also masking its own presence. It might even become unrecognizable to its makers. “The resulting ecological patterns and processes would diverge from any previously created and sustained by humans,” write Cantrell’s team, “and nonhuman species and environmental processes at the site would be able to go about life without experiencing human influence.”

To be clear, this isn’t yet technically feasible and likely won’t be for a long while, if ever. But imagining such a system, contemplating the inevitable tensions and messiness—the different values that might be coded into the creator at inception, how people might relate to the results, the very definition of wildness itself—is an useful exercise, as is considering where it might be deployed.

Their thought experiment’s ultimate lesson, perhaps, is of the power of human imagination to conceive of and treasure wildness even on a planet of 7.4 billion resource-hungry humans. “Wildness creation is the ultimate design challenge of the Anthropocene,” write the researchers. “Can we ‘paint ourselves out of the picture’ and devote our creativity and resources toward the interests and futures of species other than our own? We believe it is time to try.”