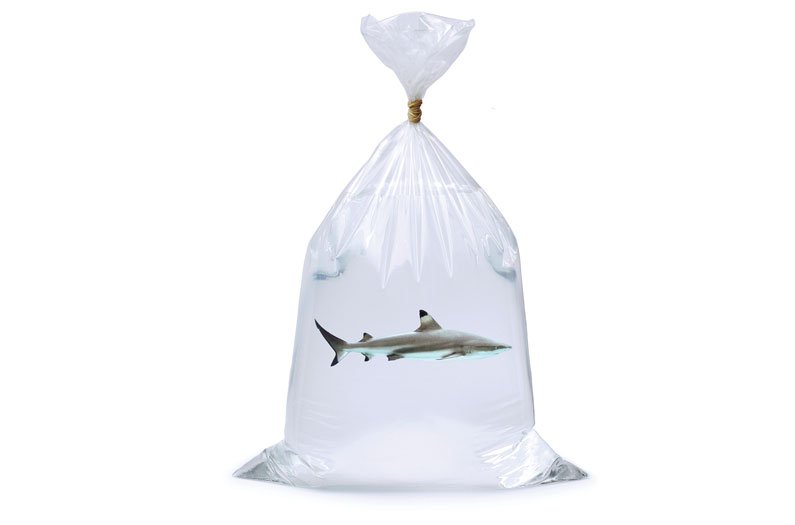 The invisible boundaries of ocean refuges protect even wide-roaming creatures

A new study tracked both sharks and fishing vessels in the Indo-Pacific Ocean and found that Marine Protected Areas might hold unexpected promise.
By Emma Bryce
February 3, 2017

In recent years, we’ve preserved several million square kilometers of ocean inside Marine Protected Areas (MPAs), the wildlife reserves of the sea. By cordoning these areas off from commercial fishing, undersea mining, and development, we hope to protect the species within them. But does it actually work?

The answer to that question is disputed—especially when it comes to roaming species like sharks and turtles that lose the protection of an MPA the moment they stray outside its boundaries. Now a novel study has enriched the debate, showing via satellite-tracking technologies that even for roving sea creatures, MPAs might hold unexpected promise.

Penned by researchers from several different institutions including Stanford University, and published in the journal Biological Conservation, the study looks at the prevalence of grey reef sharks in the Palmyra Atoll National Wildlife Refuge, a 54,000 square-kilometer MPA in the Indo-Pacific Ocean. Grey reef sharks were historically abundant in these tropical waters—but they’re on a decline, largely due to fishing pressures and habitat degradation.

To find out if the MPA is aiding their recovery, the researchers set about tagging the sharks. Over 200 inside the MPA were fitted with numbered fin tags, and a further 11 were satellite-tagged, so their movements would be trackable. Of the original fin-tagged sharks, only five were ultimately recovered, and just six of the 11 satellite-tagged sharks transmitted properly over the course of the study—so the researchers caution that their study size was ultimately small. But it did nevertheless reveal a surprise: the majority of the transmitting satellite-tagged sharks stayed inside the bounds of the MPA for the two-year duration of the study. This shows that MPAs act as a vital sanctuary for at least part of that shark population—and possibly other mobile marine species too.

The researchers also wanted to find out how many fishing vessels frequented the surrounding waters, to get a handle on the obstacles sharks might face outside. For this they turned to Global Fishing Watch, an open-access digital platform supported by Google, Oceana, and SkyTruth, which provides satellite data on trackable vessels to trace their exact pathways across the sea.

Over two years, Global Fishing Watch showed that 193 fishing vessels from six different countries frequented the waters around the MPA—many more than expected, considering how remote it is—which highlights the unforeseen intensity of regional fishing pressures that animals could face. But only one known vessel crossed over into the protected area to fish, indicating that the boundaries do seem to be working.

But MPAs aren’t a cure-all, the researchers note: the five fin tags that were recovered all came from small-scale fishers who had legally caught the sharks they belonged to, outside the protected zone. So while some sharks preferred the sanctuary of the MPA, evidently others roamed far outside its bounds. Extending MPA boundaries could reduce the hazards for these sharks, the researchers write, by decreasing the amount of time that roaming animals spend exposed to fishing risks.

By 2020, dozens of countries have already pledged to conserve 10 percent of the world’s oceans. On that note, the researchers caution that the establishment of protected areas in the sea “has far outpaced research on the ecological effectiveness of these MPAs.” Perhaps satellite surveillance will hasten the research on these ocean refuges, to better protect the species they contain.