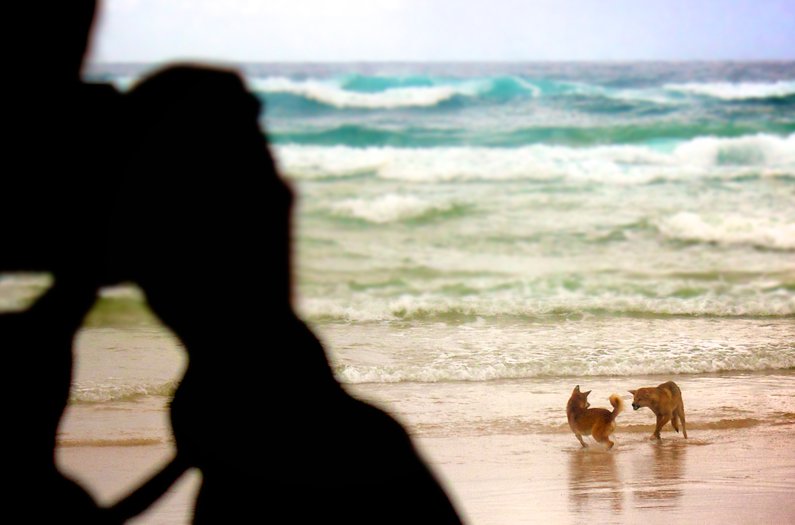 Is kindness the solution to conflicts with wild dogs?

Does killing wild dogs to prevent conflict with humans actually make problems more likely? So suggest researchers who analyzed dingo control programs on Australia’s Fraser Island—and the lesson, they say, may apply to other species and places, from wolves in Alberta wilderness to coyotes in suburban California.

“Paradoxically, our attempts to resolve conflict are actually the driving force of conflict,” says Adam O’Neill, an ecologist with the Dingo for Biodiversity Project and lead author of the Pacific Conservation Biology study of dingo control.

On Fraser Island, wildlife authorities have tried to strike a balance between protecting dingoes and keeping their population from growing too large. An estimated 120 now live on the island; regular culls began in 1991 and have continued ever since, with the annual number of dogs killed fluctuating between several and several dozen.

Plot that number against reported incidents of dingo aggression, however, and the killing doesn’t seem to have done much good. There are more such incidents now than when the program started. Usually that’s blamed on human expansion into once-wild terrain or on dingoes becoming habituated to humans and thus aggressive. But that, say the researchers, isn’t necessarily the case.

The alternate explanation: that killing these highly social, intelligent and emotional creatures leaves individuals traumatized and packs destabilized. Established territories break down; survivors fight for control. Though the total population isn’t threatened, the character of its individuals is changed. Aggression might be less about habituation than the predictable psychology of stressed and suffering individuals.

“You only need to kill a few predators. Even one or two, depending on their social status within kin-based groups, can really upset their state of mind,” says O’Neill. Indeed, surges in dingo-human conflict have tended to follow especially intense episodes of lethal control.

This fits with previous research on how killing wolves to protect livestock may actually increase livestock predation, though it’s still just a hypothesis. Correlation isn’t causation. Perhaps those surges would have been even larger in the absence of culling. The only way to know is to put that hypothesis to the test.

“My preference would be to allocate large areas with a total ban on killing any top predators, and monitor the effect,” says O’Neill. He mentions Canadian government programs to increase caribou populations by killing wolves, as well as the lethal control of coyotes in urban areas, as likely to cause even more problems.

“Our attempts to mitigate only serve to exacerbate,” he says. “We are not the only social creatures on the planet, but we are alone with the power over all. It’s up to us to inspire civility among our fellow species.”