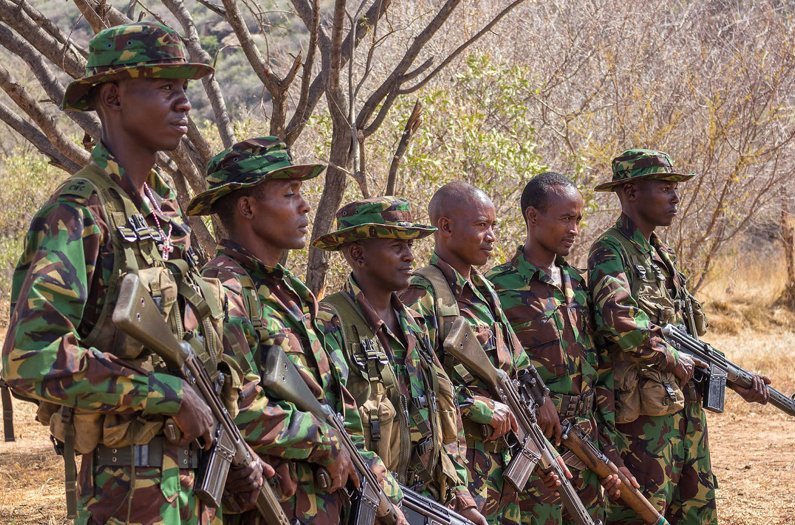 Is “green militarization” the best way to save rhinos?

Rhinoceroses have become symbols of modern human rapacity; yet even as global populations have plummeted, a very different tale is being told in Nepal.
By Brandon Keim
February 15, 2017

Rhinoceroses have become symbols of modern human rapacity. Global populations plummeted from 500,000 at the 20th century’s beginning to 29,000 now; images of the majestic animals left to die with their horns hacked off by poachers are tragically iconic. And yet: a very different tale is being told in Nepal and India.

Unlike in southern Africa and Indonesia, rhino populations there have rebounded. Numbering just 200 in the late 19th century, there are now more than 3,500; even as poaching threatens African rhinos with extinction, Nepal—where poaching was once common—recently announced its fourth consecutive zero-poaching year. Nepalese Rhino populations jumped by 21 percent in just the past five years.

It’s a conservation success story, and one that “may provide lessons for rhino conservation elsewhere,” write researchers led by Krishna Prasad Acharya of Nepal’s Ministry of Forests and Soil Conservation in the journal Conservation Biology. Indeed, the lessons may apply not only to rhinos, but to many species threatened by human greed and callousness.

The researchers identify two key factors to the success. First, Nepal adopted strict penalties for poaching and wildlife crimes, and set up national- and district-level wildlife crime bureaus. The government takes rhino poaching seriously and backs that up with resources and institutional commitment—unlike South Africa, where rhino poaching arrests have declined even as incidents increased, or Mozambique, where poaching is merely a misdemeanor offense.

That top-down approach alone, however, isn’t enough. Acharya and colleagues note the rise of so-called “green militarization” in South Africa, where poaching in Kruger National Park has been met with a heavily martial response. That might help in the short run but risks setting off an arms race while ignoring social dynamics, particularly local poverty, that underlie the slaughter.

In Nepal, conservationists have focused on involving people who live near rhinos. One-third of park income goes to communities adjacent to protected areas; local management committees can use the money for conservation and development projects. It’s a stark contrast to South Africa, write Acharya and colleagues, where “government programs and social services in areas where rhino populations remain high are lacking, and the relationship between local people and the park authorities can be acrimonious.”

Everything isn’t rosy for Nepal’s rhinos. They’re threatened by human development and the proliferation of a bittervine, a non-native plant that has badly degraded much of their remaining habitat. Nevertheless, the elimination of poaching “is a remarkable record in the face of global increases in poaching and trade,” write Acharya’s team. And as study co-author Achyut Aryal points out, the model isn’t restricted to protecting rhinos. It applies to tiger and elephant protection, too. Indeed, says Aryal, it might work for “all other species.”

Image: Anti-poaching unit via US GAO/Flickr