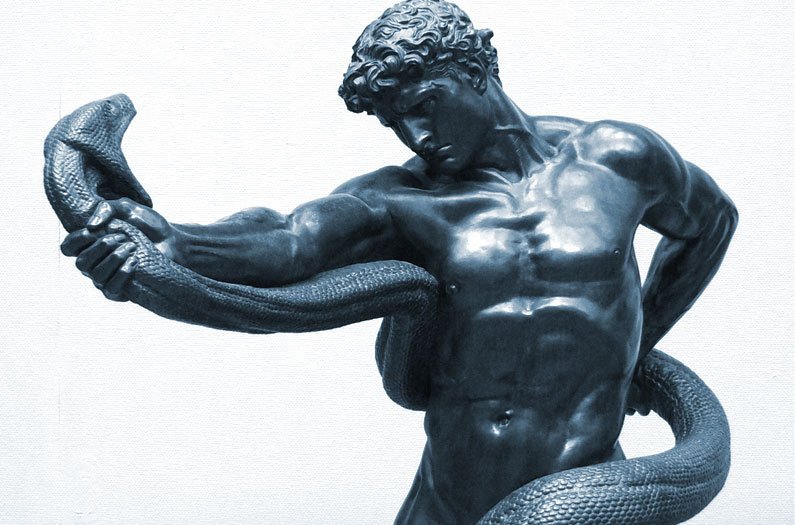 Invading pythons and the weird, uncertain future of the Florida Everglades

Is it time to embrace—or at least accept—Everglades ecosystems with Burmese pythons as a new apex predator and keystone species?
By Brandon Keim
February 8, 2017

The Florida Everglades are one of Earth’s biological marvels, a vast slow-moving river in whose marshes live—even at this late date, with water diverted, pollution injected and human development steadily destroying—a wondrous and singular array of creatures. Yet the Everglades are also undergoing a dramatic ecological upheaval. They’re home to a new and invasive apex predator: Burmese pythons.

Descended from escaped or abandoned pets, the pythons established a breeding population late in the 20th century. Their predatory habits are the stuff of viral legend (Google “python bursts after eating alligator”) and conservation concern, with researchers having documented dramatic mammal declines where pythons have proliferated. In those areas, once-common creatures like raccoons, opossums, and white-tailed deer are nearly extirpated.

So what next? That’s the big question and the subject of a new Journal of Applied Ecology study by biologist John Willson of the University of Arkansas. Curious about the future of a python-regulated ecosystem, Willson dug scores of artificial turtle nests across and outside the pythons’ range, then used motion-triggered cameras to monitor nest predation. (Rather than turtle eggs, Willson’s nests contained quail eggs.)

Where pythons prevailed, the nests were less-disturbed, as would be expected in the near-absence of egg-loving raccoons and opossums. This suggests a possibly turtle-rich future for the Everglades, and is also emblematic of the indirect, cascading consequences of the pythons’ rise.

“It is probable that pythons are having a strong positive indirect effect on turtle nesting success in southern Florida,” writes Willson, “and may also be having positive indirect effects on recruitment of other small egg-laying species in the Everglades such as ground-nesting songbirds, lizards, sea turtles, and oviparous snakes.” It’s not all good news for egg-layers, though. Willson notes that pythons have recently been documented eating the eggs of larger species, including guineafowl and crane-like birds called Limpkin.

As some populations expand and others contract, their ecological roles will also change. Given the importance of animals as seed-dispersers, for example, certain plant populations might also expand and contract; and that principle can be applied in the myriad contexts of each species’ life history. Altogether, writes Willson, changes might be expected in “vegetation composition or structure, nutrient dynamics, food web structure, or ecosystem services.” The very fabric of the Everglades could be rewoven.

What to do? Attempts at killing pythons have so far been unsuccessful. Big as they are, the snakes are notoriously good at hiding. They’re also fast-breeding. With any luck, Everglades animals will simply learn to evade them, with newly wise populations eventually rebounding; there are “other cases of invasive species where prey have learned or evolved responses that allow them to co-exist,” Willson says, though there’s so far “no data indicating that this is happening in Florida.”

Perhaps people might instead make peace, embracing—or at least accepting—Everglades ecosystems with Burmese pythons as a new apex predator and keystone species. Given the lack of an easy solution, such a case could be made, but “the degree of mammal declines is troubling, and the near-complete disappearance of most mammals does not seem to me like a ‘new equilibrium’ that we should be shooting for,” says Willson. “I do like the idea of more turtles, though.”

Image: An Athlete Wrestling with a Python, via Flickr