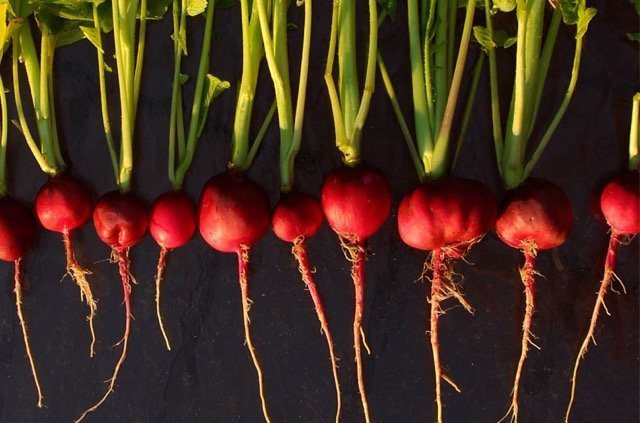 Increasing the water table in fertile peatland soils could boost agricultural productivity and slow the release of stored carbon dioxide into the air.
By Emma Bryce
February 24, 2017

Agriculture contributes almost a third of anthropogenic greenhouse gas emissions globally, and cultivation of peatland—the dense, waterlogged soils made up of decomposed plant matter that lie beneath bogs, swamps, and fens—is poised to be a growing piece of that. As agriculture expands into this habitat, it’s often drained to enable the growth of radishes and other crops in its fertile soils. And the process of draining peatland releases vast amounts of carbon dioxide, which is usually stored inside the soil.

Can we get out of this bind, to enable agricultural productivity but also keep peatland carbon on lockdown? An international group of researchers believes so, writing in Science of the Total Environment.

They chose to focus specifically on peatland in the United Kingdom. In England, this habitat covers just 11 percent of the landscape but is nevertheless an enormous carbon sink: It encapsulates more than half of the country’s soil carbon. Farmers typically drain this valuable peatland because saturated soils cause the spread of fungal diseases that reduce crop yields. That process puts oxygen into contact with the soil, where it triggers decomposition—and that results in the release of stored gases.

The researchers, led by scientists from the University of Sheffield, wanted to find out how varying the water table within the soil would affect the carbon storage capabilities of the peat, as well as the productivity of radish crops, a dominant crop in the Norfolk Fens where they focused their research.

They took 46 peatland soil cores from a farm in the region and planted radish seedlings in half (the others were left unseeded as a control). Then, in a lab, they increased the standard water table that’s typically used on radish farms from its usual conservative 50cm below the surface, to 30cm. During the experiment they measured the flux in carbon dioxide and methane; afterwards, they also evaluated the health of each of the radish seedlings that had been growing.

The small 20cm increase made a huge difference, they found, especially for CO2 measurements: “We showed that a modest increase of the water table not only improved radish productivity, but also decreased CO2 loss from the peatland, and therefore reduced peat loss,” they write in their study. In fact, it more than halved the loss of CO2, they discovered. It seems the water level increase—however modest—managed to strike a happy medium, whereby the radishes were still able to thrive and soil was kept closer to its natural saturated state—enough to limit the expulsion of CO2 from the soil.

The study shows that relatively small measures, which are easy for farmers to implement, can still go a long way toward climate mitigation. Springboarding off this study the researchers hope, therefore, that other scientists will explore the impact of an increased water table in other peatland environments, and on other crops.

This applies not only in the UK but elsewhere, too. Peatland soils occur all over the world, and roughly 20 percent of this habitat is cultivated for agriculture, representing a huge potential loss of peatland that could be diverted via more sustainable practices. That would mark a three-way win: for peatland preservation, climate change mitigation, and—importantly for a growing global population increasingly reliant on fertile soils for crop production—food security, too.

Source: Musarika et. al. “Effect of water table management and elevated CO2 on radish productivity and on CH4 and CO2 fluxes from peatlands converted to agriculture” Science of the Total Environment. 2017.