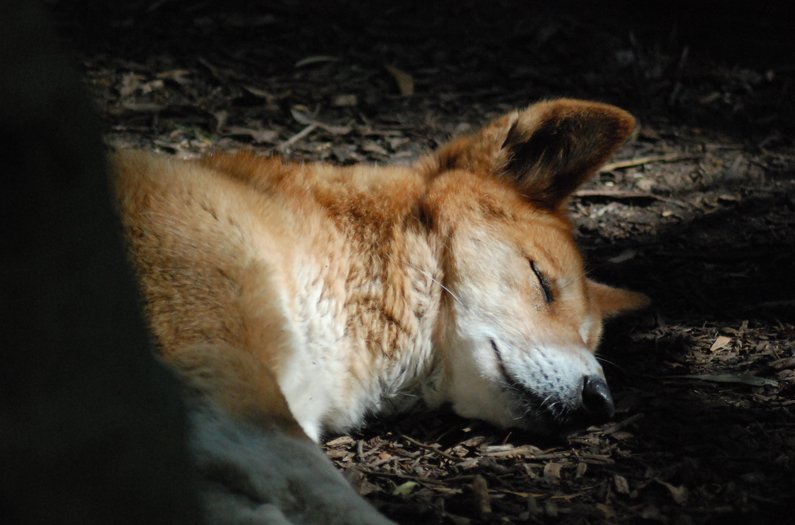 Predator culling is a controversial way of protecting livestock. But does it actually work? Researchers find that in the case of the dingo, protecting the population actually does more to safeguard livestock on Australian farms.
By Emma Bryce
March 10, 2017

One hidden environmental cost of livestock farming is that it causes the deaths of untold numbers of predators. Worldwide, leopards, tigers, wolves, wild dogs, and foxes are persecuted because they’re thought to pose a risk to farmers’ valuable cattle, sheep, and goats.

In Australia, dingoes find themselves at the crux of this conflict: farmers shoot, trap, and poison these animals to stop them predating on sheep and cattle on countryside ranches. The perception of dingoes as pests is so deeply ingrained, in fact, that Australian farmers are widely encouraged to eradicate the animals from their land in return for state-provided bounties. But the ecological consequences of that practice are worrying. As dingoes are apex predators that prey on species like kangaroos and feral goats, they keep these populations in check. They also help to suppress invasive predators like foxes and cats that are driving the demise of Australia’s native wildlife. So if dingoes themselves decline, this ecological balance is at stake.

Writing in the Journal of Mammology, researchers from three Australian institutions now add that culling dingoes on livestock farms not only undermines the ethical and sustainable value of meat products, but also, it probably doesn’t have its intended effect.

There’s already plenty of literature to suggest that controlling predator populations through culling  doesn’t work as well as expected. In dingo populations, in fact, culling is thought to disrupt their complex social controls, which normally regulate reproduction rates within the pack as well as its territorial boundaries. Without those social safeguards, populations climb, and dingoes are more likely to expand into new territories—with consequences for livestock farmers.

The authors wanted to investigate how that might change if predator controls were removed from the equation. Taking up residence on a 1,200-square-kilometer cattle farm called Evelyn Downs in central Australia, the researchers banned all forms of persecution on resident dingo packs for their experiment, and then over the ensuing two years, monitored what caused the deaths of cattle on the property.

They also surveyed the landscape, taking into account many variables that could shape the dingoes’ predatory impact. Those included the level of social stability in packs (indicated by the presence of dingo scat, urine, and scratch markings on the ground—methods that dingoes use to communicate), dingo abundance (shown by the density of footprints), and the presence of wild prey.

After the two years, the researchers had tallied 56 cattle deaths. But they discovered that only eight were caused by dingoes—identified by tear marks on cow hides and paw prints around carcasses—making up just 14 percent of the total. In fact, death by dehydration in the dry months and natural causes such as illness far surpassed the dingoes’ threat to cattle.

The dingo-related deaths were also limited only to the first six months of the experiment, after which the culling ban began to take hold, the researchers think; indeed, the landscape surveys showed evidence that the dingoes’ social stability gradually increased over the two years. The researchers conclude that by simply leaving dingo populations alone, predation on cattle actually declined: “Ending lethal control may in itself reduce livestock losses by enabling the predator’s social structure to stabilize,” they say.

There are other economic motivations for this approach: predator-friendly farming is increasingly “necessitated by a growing social demand for improved transparency and ethical conduct in farming practices,” the researchers write.

As consumers wise up about the food products they buy, they’ll expect higher sustainability standards—and that includes how farmers treat the wild animals that share their land.