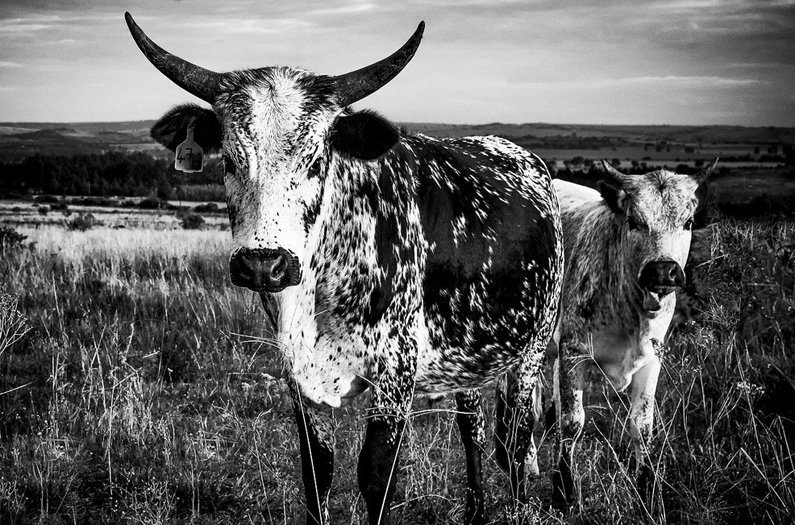 Indigenous African cattle breeds are slowly dying out due to interbreeding, and with that we're losing their genetic resilience to heat and disease. Now a team of researchers is rallying to identify these unique genetic variants so breeders can preserve them for the future.
By Emma Bryce
March 24, 2017

Indigenous African breeds have a huge genetic diversity that has made them more resilient to regional threats like parasites and disease, and intense heat.

But, due to the spread of commercially-bred cattle and interbreeding, these valuable indigenous breeds are now slowly dying out, warns an international group of researchers, writing in the journal Genome Biology. In a race against that approaching fate, these academics—from the University Nottingham in the United Kingdom, the International Livestock Research Institute in Ethiopia, and Seoul National University in South Korea—are working to identify the precise traits that make African breeds so capable, so they can be preserved in future breeding efforts. Their study provides the first detailed analysis of the genomes of African cattle.

“African cattle populations have been subjected to strong environmental pressures including hot, dry, or humid tropical climate conditions and heavy and diverse disease challenges. Accordingly, they are expected to display unique adaptive traits,” the researchers hypothesize in their paper. To find out what those are, they took blood samples from 48 individual animals, representing five indigenous cattle breeds from across the continent. These were the N’Dama cattle from West Africa, Central African Ankole cattle, and Boran, Kenana and Ogaden zebu breeds, all from East Africa. Then they compared these indigenous genomes to 53 commercial breeds to figure out what makes the indigenous populations unique.

What showed up in the analysis was that not only are indigenous cattle much more genetically diverse than commercial breeds, but they also have distinct genetic signatures associated with increased disease resilience, and an enhanced ability to cope with heat.

For instance, the N’Dama cattle showed improved resistance to the trypanosome parasite, which causes sleeping sickness. This widespread disease typically triggers anemia in cattle, but special genetic adaptations in this breed slows the proliferation of the trypanosome parasite in its blood. Other indigenous breeds also showed improved genetic resistance to disease-carrying ticks. And, intriguingly, the three zebu cattle breeds each contained gene variants that protect the body’s cells against heat damage—helping them cope with higher temperatures for longer.

Despite all these benefits, indigenous breeds in Africa face competition from commercial cattle, because the latter are bred to be more productive than local animals. With this work the researchers hope they’ve raised the profile of indigenous breeds and their unique traits, so that we can design better breeding programs to preserve them. That could aid thousands of livestock-dependent farmers who will increasingly need robust animals as a safeguard against the rising temperatures and higher likelihood of disease that comes with climate change.

However, the work is far from over, say the researchers. There are 150 cattle breeds in Africa whose genomes would all be worth exploring for signs of resilience: the five analysed in this study are just a sampling.

Their research on the African continent is also part of a larger global initiative called the ‘10,000 Livestock Genome Project’, which seeks to build a genetic catalogue of all 10,000 domestic livestock species on earth before their unique traits are lost. As the United Nation’s Food and Agricultural Organisation puts it, protecting this genetic diversity in livestock “can help feed a hotter, harsher world.”