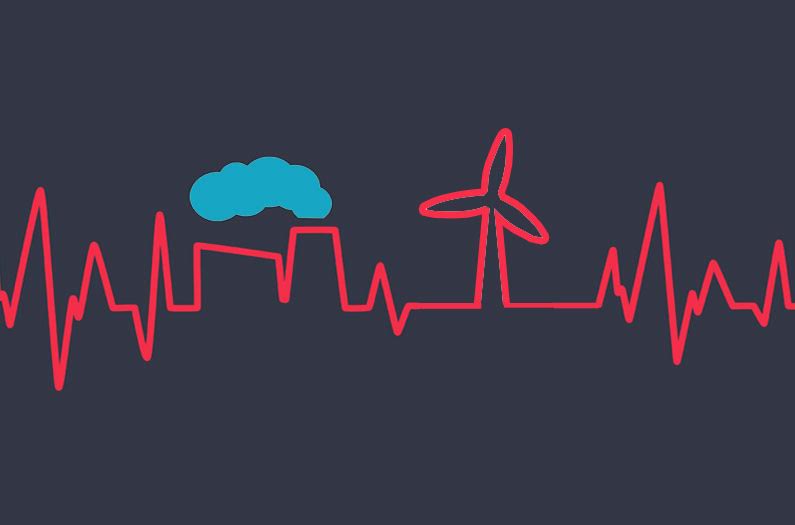 Large-scale adoption of low-carbon energy technologies could cut the human health and ecosystem impacts of power generation in half by 2050, according to new research.
By Sarah DeWeerdt
March 28, 2017

Stopping climate change isn’t the only reason to switch to renewable sources of energy: Replacing coal and gas electricity generation with solar, wind, hydro, and nuclear power would have substantial benefits for both human and ecological health, according to new research.

The study is the first comprehensive life-cycle analysis of how a global switch to low-carbon energy sources might play out. A life-cycle analysis systematically totals up all the effects of a particular human activity—in this case, everything from the construction of power plants to the production and transport of fuel required to run them to dismantling them at the end of their life.

The researchers used this approach to calculate the total environmental impact of the energy sector every year from 2010 to 2050 under two different scenarios. In the business-as-usual scenario, coal and natural gas would each supply about 30 to 35 percent of global power in 2050. In the low-carbon scenario, a mix of renewable sources would supply the majority of the world’s electricity by midcentury.

This is mostly because renewables are associated with lower impacts from climate change. But even setting aside climate change, the impact on human health of air pollution, radiation, carcinogens, and other toxins is smaller from alternative energy sources compared to fossil fuels.

The picture is similar for ecosystem health, which the researchers measured by calculating the fraction of current species that could go extinct as a result of a particular anthropogenic change to the environment. Solar, wind, hydro, and nuclear power all have very low environmental impacts, they found.

Overall, large-scale adoption of low-carbon energy technologies could cut the human health and ecosystem impacts of power generation in half by 2050.

Previously, some people have raised concerns that toxic and energy-intensive manufacturing processes for solar and wind power could outweigh many of the benefits from the zero-carbon electricity they generate. But the new study puts that worry to rest. It also suggests the risks from nuclear power are less than those associated with fossil fuels.

An unexpected finding of the study, however, is that biomass fuels have a surprisingly large environmental impact. This is mostly because it takes a lot of space to grow the plants that are then turned into biofuels. The use of herbicides on biofuel plantations also contributes to the environmental impact of this form of energy.

These findings suggest that we should be cautious about adopting climate change mitigation strategies that rely heavily on biomass fuels. Studies of where biofuel feedstocks could be grown, where biomass power plants should be located, and which feedstocks should be chosen in order to minimize environmental impacts are also necessary, the researchers say.