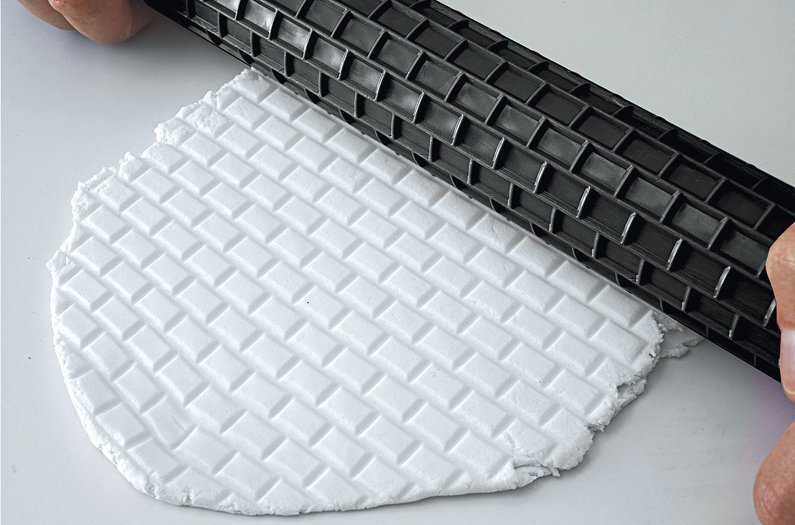 Pressed, not baked: A green recipe for making tiles and bricks

Inspired by geological rock formation, Swiss researchers have developed a way to manufacture ceramics that skips the heating altogether. Instead, they add water to the raw material and compress it at room temperature.
By Prachi Patel
March 9, 2017

Inspired by geological rock formation, Swiss researchers have now developed a new way to manufacture ceramics that skips the heating altogether. Instead, the researchers make ceramics by adding water to the raw material and compressing it at room temperature. The method, outlined in the journal Nature Communications, slashes energy consumption and emissions, and produces a material that’s stronger than concrete.

Ceramics are some of the oldest known materials made by humans. They are non-metal crystalline materials used in everything from building materials and dinnerware to medical implant coatings and aerospace parts. Today, manufacturing Portland cement alone results in 5 percent of the world’s total carbon emissions. So the cement and ceramic industry have been looking for more environmentally-friendly alternatives to the traditional manufacturing process.

Andre Studart, a professor of complex materials at ETH Zurich, and his postdoctoral researcher Florian Bouville started with an extremely fine calcium carbonate nanopowder. They added water and then compacted the material in a conventional hydraulic press at room temperature.

The process is similar to the geological formation of strong rocks, where pressure from overlying deposits over millions of years compresses inorganic sediments into dense rock at mild temperatures and pressures. The researchers were able to speed up the process by shrinking the particle size of the starting material to the nanoscale and using higher pressures. “Our work is the first evidence that a piece of ceramic material can be manufactured at room temperature in such a short amount of time and with relatively low pressures,” Studart said in a press release.

The new process, which is called cold-sintering, could be made carbon-negative by capturing carbon from the atmosphere to produce the carbonate nanopowder. The resulting cement or ceramic would then act like a carbon sink.

The ceramic material can tolerate ten times more force than concrete before it cracks. Making a one-inch piece of the material with the industrial press took the researchers an hour. Much larger forces would be needed to make larger pieces. The researchers say that it should be possible to use the new process to make pieces the size of bathroom tiles.