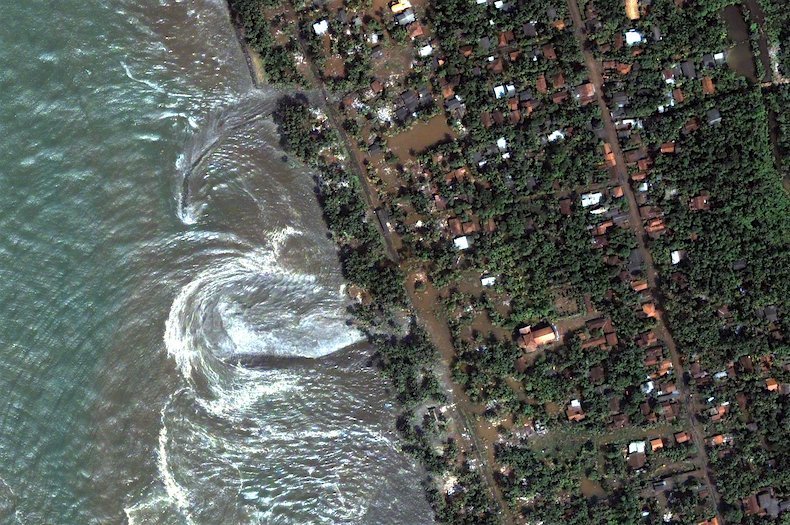 An analysis of mangrove restoration efforts in Sri Lanka illustrates the frequent mismatch between the purported aims of restoration initiatives and the realities on the ground.
By Brandon Keim
March 29, 2017

Perhaps no single ecosystem is more emblematic of nature’s benefits to humans than mangrove forests. Lining tropical and subtropical coastlines worldwide, they’re nurseries for countless species and protect inland areas from hurricanes and storms. They’re an environmental feature beyond our wildest technical capacities.

In just the last half-century, though, more than half of all mangrove forests were lost to development. In response, people have tried to plant new forests—but as detailed in a new Restoration Ecology paper on the failure of restoration efforts in Sri Lanka, planting mangroves involves much more than putting seedlings in the ground.

“Restoration projects in Sri Lanka have generally not been successful in restoring mangroves despite the good intentions which fueled them,” write the researchers, who were led by botanist Sunanda Kodikara of Sri Lanka’s University of Ruhana and Nico Koedam, an ecologist at Vrije University Brussel.

Kodikara and Koedam’s team surveyed 23 mangrove restoration sites, most of them planted by government agencies and NGOs following a catastrophic 2004 tsunami drew global attention to the importance of mangroves. The 23 sites altogether represented about 1,000 hectares of plantings; on nine of those sites, not a single plant had survived. On just 200 hectares, or 20 percent of targeted area, had new forest grown, and sometimes these were stunted and unhealthy.

The reasons for this were many. Seedlings were often planted in the wrong places: too far above the tideline, leading to drought-like conditions for the fragile young plants, or too far below, leading to smothering over-submergence. The vast majority of seedlings came from mangrove species which didn’t grow naturally in the region and were ill-suited to its conditions. Often they were trampled or browsed by livestock. Only rarely had people monitored and cared for seedlings after the initial planting phase. “The findings are a stark illustration of the frequent mismatch between the purported aims of restoration initiatives and the realities on the ground,” write the researchers.

Where people did plant the right species in the right places, though, success rates were highest. The Small Fishers Federation of Sri Lanka, a local NGO, and the University of Ruhana had especially good results. Their sites were established in the 1990s rather than after the 2004 tsunami: that’s important to note, as the post-tsunami projects were donor-driven and came with “a mandate to rapidly plant some vegetation,” write Kodikara and Koedam’s team. Lost in the hurry was basic ecological knowledge and long-term planning.

Their findings shouldn’t be used to discourage mangrove restoration efforts, write the researchers. It’s more important than ever—but it needs to be done right, with careful planning and attention to ecology and social factors, and in tandem with a scientific appraisal of progress. Good intentions alone are not enough.