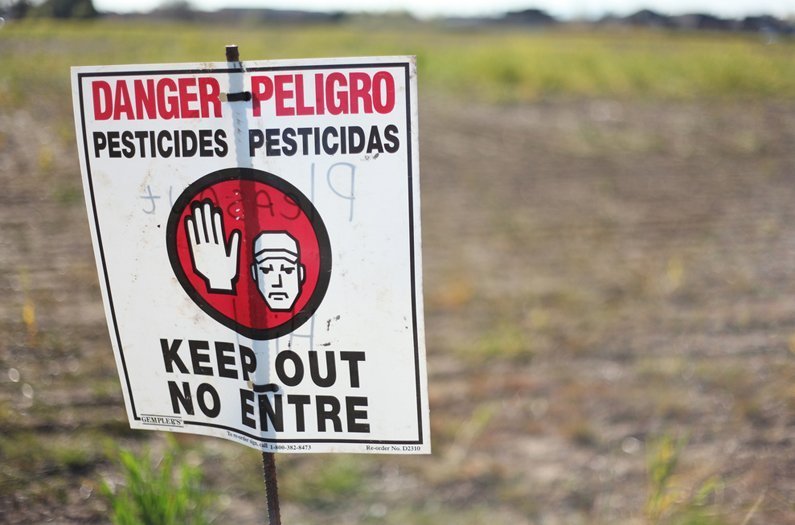 Do we need to shower our crops with pesticides as much as we do? Perhaps not. New research shows that in a survey of farms in France, reducing pesticides still left productivity and profits intact.
By Emma Bryce
March 31, 2017

The dependence of modern agriculture on pesticides is a growing environmental problem, causing soil and water contamination, threatening wildlife, and severely harming human health. Increasingly, experts are pondering whether we really need to be applying pesticides with such reckless abandon to our crops. A group of researchers now says no: in fact, we could significantly reduce pesticide use and still maintain current productivity on most farms, they assert.

“We demonstrated that low pesticide use rarely decreases productivity and profitability of arable farms,” say the researchers, writing in a recent installment of Nature Plants. It helps to address a longstanding conflict around pesticides that has historically been split into two camps: those who say that without them, agricultural productivity would plummet and undermine food security, and others who say that the benefits of pesticides aren’t worth the risks they pose.

The group of French agricultural scientists started out by evaluating data on pesticide application and crop productivity from 946 non-organic French farms. France was a fitting context for the study: it’s Europe’s sixth biggest consumer of pesticides by agricultural area, and in recent years it’s also had a few pesticide scares, with drinking water found to be contaminated above legal limits with agricultural chemicals, the researchers note in their paper. Concerned by this trend, the country has set a target of slashing agricultural pesticides by half before 2025.

The farms the researchers surveyed had varying rates and types of pesticide use, from herbicides to insecticides, fungicides, rodenticides, and more. The crops, soil types, and regional climate of the farms all differed, too. The researchers factored these different profiles into the dataset, then isolated the overall relationship between productivity and pesticide application, and analyzed how that would alter the yields and profitability of crops if pesticide use changed.

The model showed that in 77 percent of the farm sample, there was no conflict between lowering pesticides, productivity, and profitability. In fact, yields and profit on those farms stayed the same. Furthermore, a significant pesticide reduction of 42 percent was effective on almost 60 percent of farms: even with this huge shift, those farms’ yields and profits stayed stable. Boiled down, the study makes the case that pesticide reduction, with its associated environmental benefits, isn’t just feasible but also less threatening to financial and food security than previously perceived.

Of course, it is just a hypothetical model: in the real world, pesticide reduction is seen as a risk, and farmers will need incentives to cut their use, the researchers point out.

But the findings come at a fortuitous time. The United Nations recently published a report that strongly criticizes agriculture’s continued dependence on pesticides. “Reliance on hazardous pesticides is a short-term solution,” it says, arguing that alternative farming methods that move us away from industrial agriculture, with its reliance on chemicals, are part of the solution. “It is possible to produce healthier, nutrient-rich food, with higher yields in the longer term, without polluting and exhausting environmental resources.”