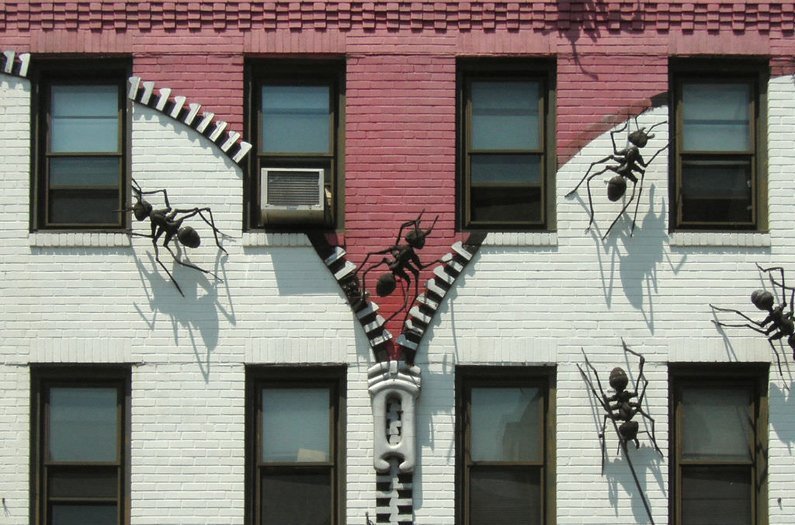 Rapid evolution may help some city creatures stand the heat

A new study of urban and rural acorn ants is one of the first to capitalize on the fact that cities tend to be a few degrees warmer than surrounding rural areas to demonstrate evolution in action over the course of just a few generations.
By Sarah DeWeerdt
March 14, 2017

Some animal species may have the capacity to rapidly evolve in order to tolerate warmer environments, raising hopes for their persistence in the face of climate change, according to a new study by researchers at Case Western Reserve University.

The study, published in the Biological Journal of the Linnean Society, is one of the first to capitalize on the fact that cities tend to be a few degrees warmer than surrounding rural areas to demonstrate evolution in action over the course of just a few generations.

The researchers studied urban and rural populations of acorn ants, insects smaller than a cookie crumb that live in colonies of up to 150 individuals within a single hollowed-out acorn.

“By comparing the physiologies of urban versus rural ants, we can get an idea of whether ants and other cold-blooded animals will be able to cope with the temperature changes associated with urbanization and other sources of warming like global climate change,” says lead author Sarah Diamond, assistant professor of biology at Case Western Reserve University.

In ants and many other types of organisms, urban populations are known to tolerate higher temperatures than rural ones. But the mechanisms underlying these differences aren’t well understood.

Greater heat tolerance could reflect an individual’s capacity to acclimate to different temperature conditions. Or it could reflect underlying evolutionary changes. “Urban environments provide a largely untapped opportunity” to tease apart these possibilities, the researchers write.

Recommended Reading:
What is climate-neutral aviation and how do we get there?

After about 10 weeks, the researchers assessed the temperature tolerance of worker ants from 32 colonies, including 7 rural and 8 urban colonies that had been held under the cooler conditions, and 8 rural and 9 urban colonies from the warm treatment.

As expected, acorn ants can acclimate to different temperature regimes: ants raised in warmer conditions in the lab had greater heat tolerance (and a corresponding loss of cold tolerance) than those raised in cooler conditions.

But the researchers also found evidence of evolution at work. Urban ants had greater heat tolerance than rural ants, regardless of the temperature conditions they had experienced in the lab.

That’s surprising because Cleveland has become dramatically urbanized over only about the last century—fewer than 20 acorn ant generations.

“Global data suggests that the acclimation response won’t be enough to respond to climate change, but some species, like the acorn ants, may evolve quickly enough,” says Diamond.

Similar experiments with other species in cities around the world could help researchers forecast how other species will respond to climate change, and predict the structure and function of future biological communities, the researchers say.