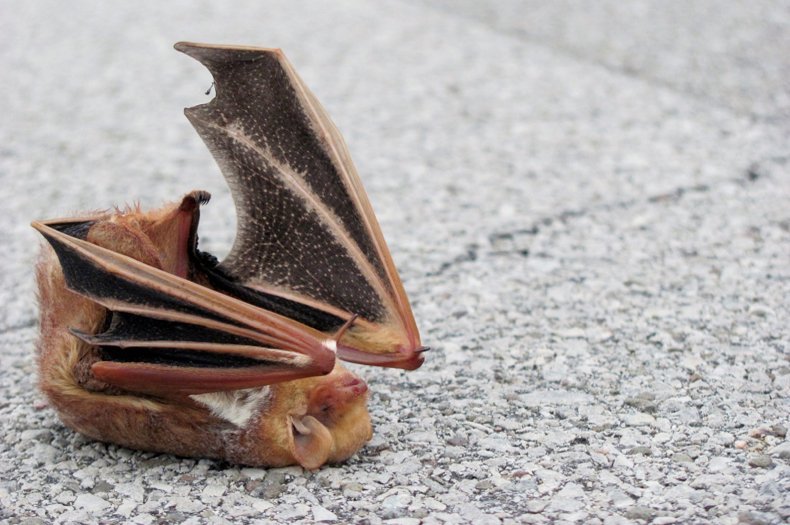 Wind turbine blades kill hundreds of thousands of bats every year. But a new study shows how wind farms can reduce bat fatalities with minimal impact on power generation.
By Brandon Keim
March 15, 2017

Though concern about wind energy’s environmental impacts has focused mostly on birds, turbine blades also kill vast numbers of bats—hundreds of thousands every year, raising “the possibility for near or total extinction from wind-energy-related fatalities,” say researchers who projected current mortality rates into the future.

Led by ecologist Winifred Frick of the University of California, Santa Cruz and publishing in the journal Biological Conservation, the researchers focused on hoary bats, a common North American species that presently accounts for roughly 40 percent of bats killed in the continent’s turbines. Frick and colleagues calculate that hoary bats need population growth rates of between 6 and 14 percent to keep pace with turbine deaths.

The actual population growth rate of that long-lived, slow-reproducing species is around 1 percent. Even in an “optimistic” scenario, writes Frick’s team, hoary bat populations will fall by 50 percent in the next half-century. A more realistic figure is 90 percent.

And that’s probably understating the case: the researchers used the lowest published estimates of bat deaths and based their projections on continued circa-2014 levels of wind energy production. Wind output, presently accounting for 5 percent of power generation in the United States and Canada, is expected to grow several-fold in coming decades. “With more turbines and no reductions in fatality rates at wind energy facilities, we expect fatalities and species-level impacts to migratory bats to increase,” write the researchers. A grim prognosis, and applicable not just to hoary bats but other migratory species with similar life histories, including eastern red bats and silver-haired bats in North America and noctule bats in Europe.

But this assault on bats is not inevitable. As described in a new Journal of Mammalogy study, it’s possible to make wind farms more bat-friendly with only minimal effects on energy production and operation costs.

Researchers, led by natural resource managers Colleen Martin and Mark Wallace of Texas Tech University, conducted an experiment at the Sheffield Wind Facility in Sheffield, Vermont. In that region, bats are most active when winds are slow and temperatures mild: below about 13 miles per hour and above 49 degrees Fahrenheit, respectively. Martin’s team adjusted the settings accordingly on half of Sheffield’s 16 towers, raising the cut-in speed—the wind speed at which generators give turbines a boost to get them going—to 6mph from 4mph on nights warm enough for bats to fly.

Over the course of two summers, a total of 72 bat carcasses—hoary bats, eastern red bats, and silver-haired bats (the same species discussed in Frick’s study)—were found beneath the turbines. (More bats were likely killed, but their bodies are very difficult to find on a landscape.) Most of the bodies lay near unadjusted turbines, which killed an estimated 2.6 times more bats. Or, to frame the numbers from the other, bat-safer turbines killed 62 percent fewer, and at a power-generation cost amounting to less than 1 percent of the Sheffield’s annual output.

“Raising cut-in speed is an effective mitigation strategy for reducing bat fatalities with marginal costs,” write Martin’s team. How those mortality rates translate to long-term population trends was beyond the study’s scope, but it’s at least a good start. What’s more, energy losses can easily be modeled, predicted and factored into the design and operation of facilities. There won’t be any surprises. Helping bats is relatively easy.

This isn’t, however, the first such study. Both research groups point to other large-scale demonstrations of how wind turbines can be operated in productive yet bat-safer ways. A next question to answer, then, might be how people already know so much about solving the problem, yet do so little.