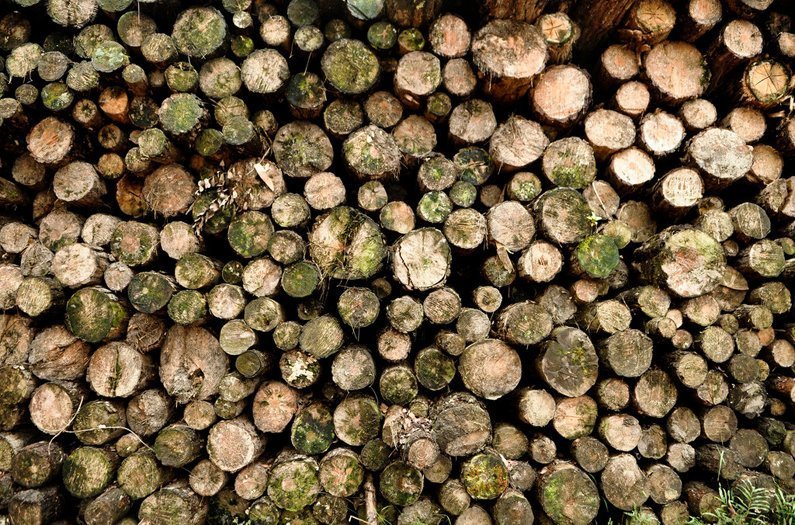 As agriculture advances on African forests, an opportunity to stop it

Commercial agriculture in sub-Saharan Africa is expanding into tropical forests, and foreign investment in oil palm is expected to increase pressure on forests. But lessons from other parts of the world point to ways to avert intensive deforestation.
By Emma Bryce
April 14, 2017

In recent decades, the global agricultural market has been fixated on the rich, arable soils of Southeast Asia and South America, where commercial farming has consequently wrought massive destruction on tropical forests. Now a new study finds that in Africa, where land and labor are cheaper, commercial agriculture is increasing, due to both regional and international forces. With two-thirds of the continent’s arable land currently beneath dense tropical forest, that’s a worrying development, bringing with it the threat of intensive forest fragmentation.

Writing in Environmental Research Letters, the researchers note, however, that the trend they’ve identified in their study also provides an incentive to start managing forest degradation in Africa—which is already a problem—before it spins out of control.

To conduct their survey, the Stanford University researchers focused on 25 sub-Saharan African countries which all had at least one percent of tropical forest cover. For these 25, they analyzed country-level agricultural data from 1986 to 2013, to determine the extent and future risk of crop expansion into tropical forests.

The analysis showed that over this period, almost all commercial crops typically farmed in the region—such as soy, cassava, cocoa, rice, oil palm, and maize—expanded in the 25 countries. Interestingly, most of that occurred to meet the demand of African markets for commodity crops, and not to satisfy international exports. This reveals just how powerful the domestic drivers of agriculture are on the continent.

And yet, that’s changing: the researchers found that with increasing foreign investment in particular crops such as oil palm, industrial-scale farming is also expanding in Africa to satisfy international markets. Specifically, seven countries—Gabon, Cameroon, Democratic Republic of the Congo, Liberia, Republic of the Congo, Sierra Leone, and Cote d’Ivoire—were found to be the most at risk of losing forest to this agricultural intensification. In these nations, for instance, 81 percent of the land acquired by foreign companies was for oil palm farming, a crop associated with high deforestation levels around the world.

The analysis turned up another intriguing fact: across the whole of sub-Saharan Africa, cocoa is currently the fastest-growing commodity crop, expanding at an average of 132,000 hectares per year on the continent. This suggests that African farmers are growing the lucrative product for export, which “underscores a growing influence of distant markets on land-use change in the region,” the researchers write.

They see all these factors as cues for limiting future deforestation in Africa. Compared to South America and Southeast Asia, the currently lower deforestation rates in sub-Saharan Africa provide a rare opportunity to anticipate and limit destructive land-use: “Civil society, policymakers and private companies can benefit from many years of trial-and-error with anti-deforestation policies in South America and Southeast Asia to design more effective interventions in sub-Saharan Africa,” argues study co-author Eric Lambin.

The knowledge that cocoa agriculture is expanding so rapidly, for instance, could be used to shift farming methods away from the clear-cutting of forests, towards more sustainable approaches like agroforestry, wherein cocoa plants are grown amongst other naturally occurring trees to limit deforestation.

Future policies could take into account the different pressures created by domestic and international farming, and introduce regulations that protect the interests of African farmers over their foreign counterparts. And, by acknowledging the relatively unrecognized influence of African markets on the expansion of commodity crops, the study shows that incentivizing African farmers to practice sustainable farming could be one path to protecting forests.

With a clear-eyed view on the threats facing the African landscape, perhaps the continent will now have a better chance of averting the fate that has beset so many other regions’ forests.