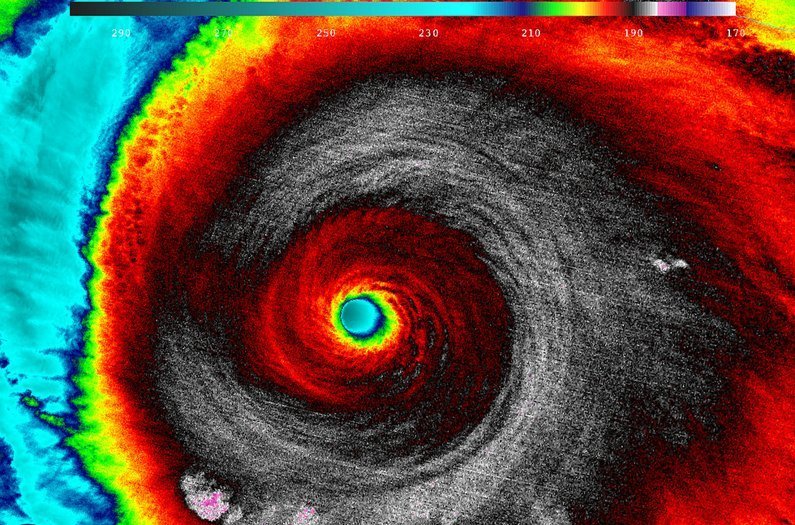 Storms, droughts, heat waves: everyone wants to know if these extreme weather events are evidence of climate change. A new analysis finds that the answer is, increasingly, yes.
By Sarah DeWeerdt
April 25, 2017

Storms, droughts, heat waves: everyone wants to know if these extreme weather events are evidence of climate change. An analysis published yesterday in the Proceedings of the National Academy of Sciences finds that the answer is, increasingly, yes.

Computer models of the climate system predict that extreme weather will increase with climate change. But until recently, scientists were reluctant to point the finger at climate change for any particular storm, drought, or other meteorological disruption.

They had good reason for being cautious. The natural variability of local weather patterns makes it difficult to tease out the human influence on an individual event. And for most parts of the globe we have only a few decades’ worth of detailed climate observations at best, so it’s hard to know when dramatic weather is really unprecedented.

To non-scientists, that persistent hedging is deeply frustrating. We need to know whether there’s a causal link between climate change and extreme weather events because this information can help us design infrastructure, plan resource management, and develop disaster response systems to manage climate-related risks. Knowing there’s a link might motivate us to take action to address climate change. And at perhaps the most basic level, we just want to know: Are we already living in a climate-changed world?

But in the last decade, researchers have begun to make progress in the field of so-called ‘single event attribution.’ They are using powerful computer models and statistical analysis of large sets of climate observations to quantify the influence of global warming on individual weather events.

The new paper is the latest entry in this field, and it’s particularly comprehensive and rigorous. The researchers looked at trends in weather extremes over large portions of the globe, using four different ways of analyzing each of four different variables: the hottest month, hottest day, driest year, and wettest five-day period in a year.

Also lending heft to the analysis, it begins with the assumption that global climate change has no influence on weather trends at a particular location. “Our approach is very conservative,” says study leader Noah Diffenbaugh, a professor of Earth system science at Stanford University. “It’s like the presumption of innocence in our legal system: The default is that the weather event was just bad luck, and a really high burden of proof is required to assign blame to global warming.”

In fact, Diffenbaugh and his team found that burden of proof is often met. Climate change has increased the odds and the intensity of extreme heat over more than 80 percent of the earth’s surface for which records are available. “Our results suggest that the world isn’t quite at the point where every record hot event has a detectable human fingerprint, but we are getting close,” Diffenbaugh says.

Climate change has also increased the probability and severity of droughts and floods over about half of the area for which observations are available. Tropical areas are especially affected by increased hot and dry spells – “a combination that poses real risks for vulnerable communities and ecosystems,” says Diffenbaugh.

A similar approach could be used to predict the magnitude of unprecedented weather events as climate change becomes more extreme, the researchers say.