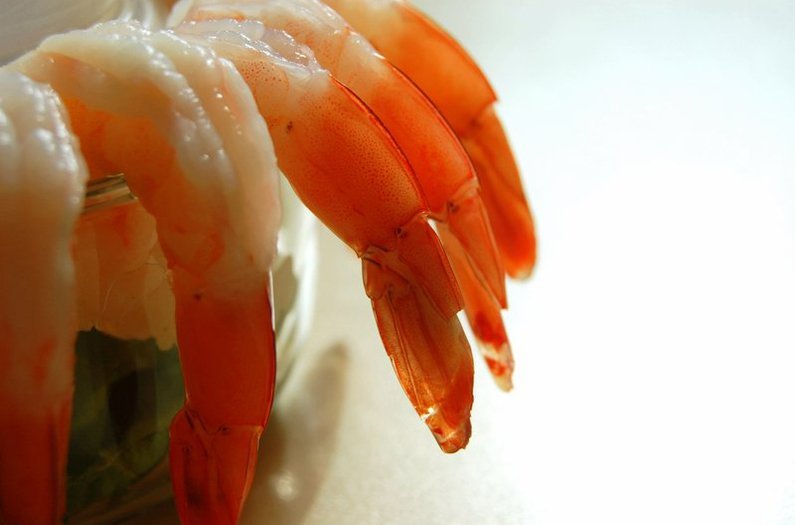 To know the true carbon footprint of shrimp and cattle, think of mangroves

When mangrove deforestation is factored into the carbon equation, the global warming impact of a shrimp cocktail and a steak is similar to that of driving a fuel-efficient vehicle from Los Angeles to New York City.
By Emma Bryce
April 21, 2017

Two ubiquitous food products—shrimp and beef—are releasing unprecedented amounts of greenhouse gas into the atmosphere, via the clear-cutting of tropical mangrove forests, says an international group of researchers. This should push us to re-evaluate the true carbon footprint of these two foods, they say.

In their natural state, mangroves—which grow along tropical coastlines in salty and brackish intertidal zones—sequester huge amounts of carbon in the undisturbed, silty soils where they take root. Oftentimes, that carbon has been trapped in the soil for several thousand years. But encroaching agriculture, logging, and urbanization are felling these watery forests at a rate of one percent per year, causing the release of massive amounts of carbon dioxide.

In tropical regions, the rampant spread of inland shrimp ponds and beef pastures, in particular, is having the worst effects.

Writing in Frontiers in Ecology and the Environment, the researchers wanted to highlight the true deforestation costs of these products, something that’s frequently overlooked in impact estimates of the food we consume.

Working in five countries—Mexico, Honduras, Costa Rica, the Dominican Republic, and Indonesia—they took soil samples from 30 intact mangrove forests and 21 adjacent pieces of land that had been converted into shrimp ponds and cattle pastures. They also factored in the longevity and overall productivity of these farmed plots over time.

A finer-grained analysis translated this into 1,440 kilograms of carbon dioxide equivalent released into the atmosphere for every kilo of beef produced on the converted land. For shrimp, that figure was 1,603 kilograms. What’s more, beef and shrimp farming in these regions aren’t typically very productive—yet the environmental costs are still high.

To bring that home for the consumer, the researchers scaled it down to the equivalent of a plate of food. “A typical steak and shrimp cocktail dinner would burden the atmosphere with 816 kg ,” they explained. “This is approximately the same quantity of produced by driving a fuel-efficient automobile from Los Angeles to New York City.”

Compared to studies that haven’t taken land-use change into account when measuring the impact of beef and shrimp, these impact estimates are much, much higher. The researchers point out the worrying inference: by neglecting to factor in the massive carbon footprint associated with forest conversion, we’re underestimating the real impact of food—especially that which is produced in tropical regions where forest ecosystems are being destroyed at a rapid rate.

Source: Kauffman et al. “The jumbo carbon footprint of a shrimp: carbon losses from mangrove deforestation.” Frontiers in Ecology and the Environment. 2017.