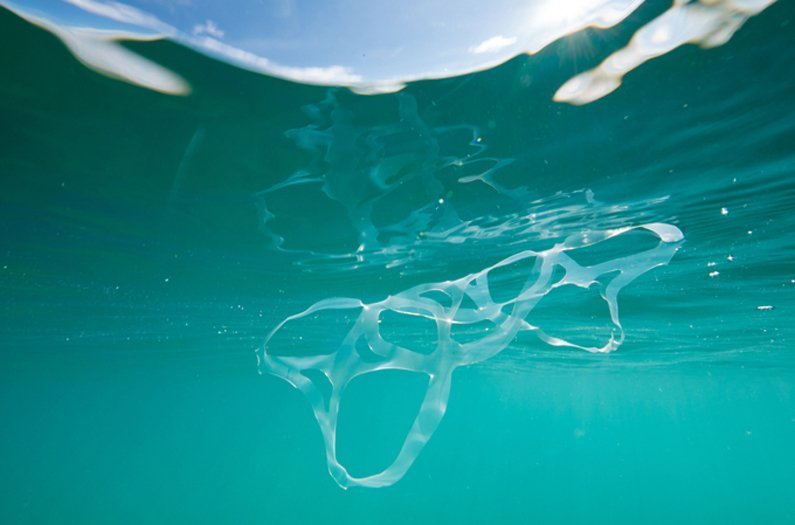 Turning an ocean of plastic into fuel

A chemist and a sailor are developing a mobile reactor that could transform plastic into diesel fuel. The technology could reduce plastic waste on land and in the ocean, and give a cleaner, potentially cheaper fuel.
By Prachi Patel
April 6, 2017

Shopping bags, straws, cups, toothbrushes, and workout clothes are just a few things we use everyday that are made of plastic. And much of it ends up in the ocean.

An unlikely research duo might have a solution. Sailboat captain James E. Holm and polymer scientist Swaminathan Ramesh are developing a mobile reactor that could transform plastic into diesel fuel. The technology could reduce plastic waste on land and in the ocean, and generate a cleaner, potentially cheaper fuel.

The reactor, which can fit in a shipping container or on a boat bed, could someday convert ocean plastic waste into fuel for the ship, the researchers hope. Holm and Ramesh presented their research at the American Chemical Society’s meeting in San Francisco on Monday.

Humans produce hundreds of millions of tons of plastic every year. But a very small portion of it is recycled. According to a study published in the journal Science in 2015, as much as 12.7 million metric tons of plastic waste finds its way into the ocean every year.

Plastics are hydrocarbon materials made from petroleum or natural gas. The idea of converting them back to fuels isn’t new. Plastic-to-fuel technologies are especially valuable for plastics that cannot traditionally be recycled. And they provide a relatively cleaner-burning diesel that has low sulfur content.

The typical method for converting plastics into fuel is pyrolysis. It involves breaking down the long hydrocarbon chains in plastic at moderately high temperatures in the absence of oxygen, followed by several refining steps. The method can be energy-intensive, expensive, and time-consuming.

Ramesh, who worked at chemical giant BASF for two decades before launching the startup EcoFuel Technologies, has come up with a more cost-effective, efficient process. He has developed a novel catalyst that is embedded into a porous material. Controlled pyrolysis in a small-scale reactor fitted with the material produces diesel fuel directly at relatively low temperatures without refining steps.

Each machine would cost $1.5 to $2 million, according to U.S. News & World Report, but it could pay for itself in two years if oil costs more than $2.50 per gallon. The researchers are now working on a larger prototype, testing the diesel fuel, and planning to demonstrate their reactor in Santa Cruz, California this spring.