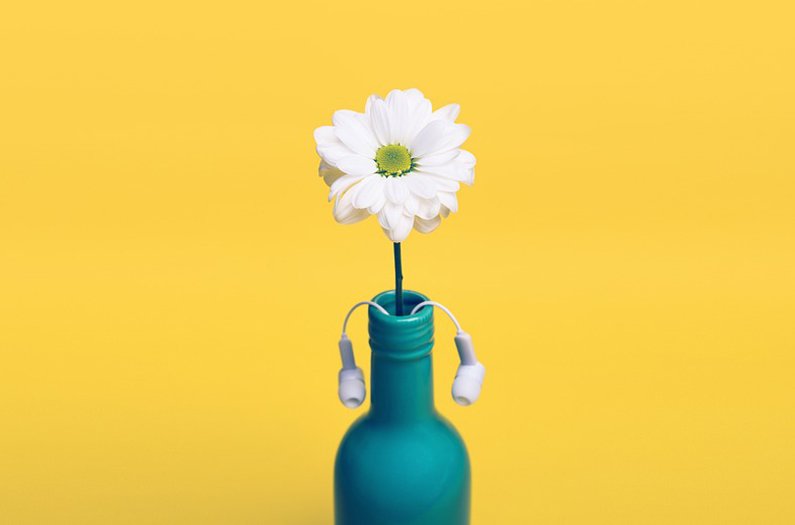 More and more, scientists are learning that plants may be capable of perceptions and actions that resemble the intelligent behaviors of animals. The latest addition to this blooming area of literature: plants can detect the sound of water and use it to guide the growth of their roots.
By Brandon Keim
April 26, 2017

There’s a transformation underway in how people think about plants: not just as inanimate biological objects, but as capable of perceptions and actions that resemble the intelligent behaviors of animals. Studies have described plants communicating with each other, using light and scent to see and hear, even appearing to remember weather patterns or being eaten. The latest addition to this blooming area of literature: plants can detect the sound of water and use it to guide the growth of their roots.

In a study published in the journal Oecologia, researchers led by Monica Gagliano, a biologist at the University of Western Australia, describe how common peas—often used as a model organism in plant studies—respond to vibrations produced by water flowing through a pipe. “These findings highlight the urgent need to better understand the ecological role of sound,” write Gagliano’s team, “and the consequences of acoustic pollution for plant as well as animal populations.”

Botanically-inclined readers may recognize Gagliano, whose previous ground-breaking work described plants using sound waves to orient themselves and learning by association. In the latest study, her team turned its attention to how plants seek water even in the absence of a soil moisture gradient. It’s a fundamental question, they write, yet one that’s received comparatively little attention.

To investigate it, the researchers built planters shaped like upside-down Ys, with a plant at the top and pots at the bottom of each arm. They then ran a series of experiments measuring how plants grew when water was piped beneath one arm, even though the soil remained dry, and when the sound of water was played on a speaker. The plants’ roots grew toward the noise, “suggesting that acoustic gradients enable roots to broadly detect a water source at a distance,” write the researchers.

The results fit with other findings of plants using acoustic cues generated by neighboring plants, herbivores, and buzzing pollinators. They could help explain how some trees seem to discriminate between different water sources, and also their uncanny ability to seek out sewer pipes—something that causes many millions of dollars worth of damage every year and is often combated with heavy-duty herbicide use. “An alternative and environmentally sustainable way to overcome problems associated with root invasions,” offer Gagliano and colleagues, “may be as simple as utilizing soundproof materials in the construction of sewer pipeline.”

Their findings also raise new questions about the problem of noise pollution, which is usually conceived in terms of its detrimental effects on the ability of animals to hear and communicate. “If plants’ abilities to perceive and respond to the surrounding soundscape are also affected by noise, as our findings suggest, what are the ecological ramifications of acoustic pollution on their natural communities?” ask the researchers. “The scope of our understanding on the matter needs to be extended to include plants.”