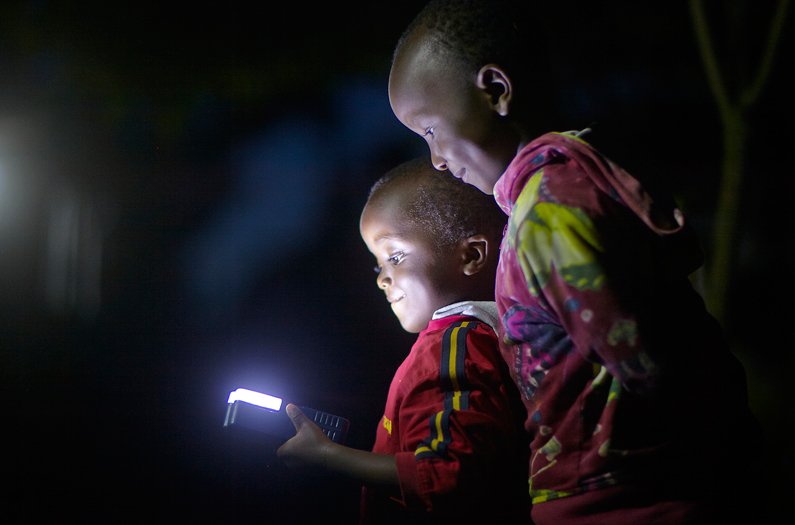 How can African countries best use their wind and solar resources to meet increasing electricity demand while minimizing investment costs and environmental impacts? Researchers say strategic siting and international energy-sharing are key.
By Prachi Patel
April 13, 2017

Only one out of three Africans has access to electricity today because of weak power grid infrastructure and high costs. But the economy in many African nations is starting to boom, and electricity demand is expected to triple by 2030. How can these countries make the best use of their plentiful wind and solar resources to meet that increasing demand while minimizing investment costs and environmental impacts?

Researchers presented an answer recently in Proceedings of the National Academy of Sciences. By building wind and solar farms at strategic sites, and by sharing the energy internationally via grid connections between countries, the cost of electrifying Africa could be drastically less than countries developing resources on their own and relying on coal plants and hydropower, the researchers say.

The team, from Lawrence Berkeley National Laboratory and University of California, Berkeley, mapped and characterized solar and wind potential in 21 countries in eastern and southern Africa, which account for more than half of the continent’s population. They used a mapping tool called the Multicriteria Analysis for Planning Renewable Energy (MapRE). They started with multiple factors such as quality of the resource, distance from roads and power lines, proximity to cultural or environmental sites, and population density.

Using those criteria, they evaluated various sites for wind power. This produced a list of sites that are low cost, have low environmental impact, and are easily accessible. The solar and wind potential in many countries is several times higher than demand, the researchers found.

Typically, developers pick spots with the highest wind speeds or brightest sun. But these choice resources are distributed unevenly across the continent, and can leave some countries with minimal low-cost renewable energy.

The researchers found instead that choosing sites to match the timing of wind generation with electricity demand is less costly than choosing a site with the greatest wind energy production. And having international energy trade and grid connections can not only allow the region as a whole to benefit from renewable resources, it further lower costs and impact since peak demand in one country might coincide with peak wind or solar generation in another.

By matching overall production with demand this way, African countries could save billions of dollars per year compared to conventional power generation and distribution. As an example, they found that in a high-wind scenario in southern Africa, international grid connections and the selection of wind sites to match demand would result in cost savings of 6 to 20 percent, depending on the conventional energy technology that was avoided.

Duncan S. Callaway, a co-author of the paper, said in a press release that a few countries such as South Africa, Mozambique, and Zimbabwe already share power, but that more countries will need to forge agreements and build transmission lines that will allow sharing of wind and solar resources.

“As a region, Africa is in an unparalleled energy crisis rife with electricity deficiency, lack of access, and high costs,” said lead author Grace Wu. “How African countries and the international community tackle this crisis in the coming decades will have large social, environmental, and climate implications.”