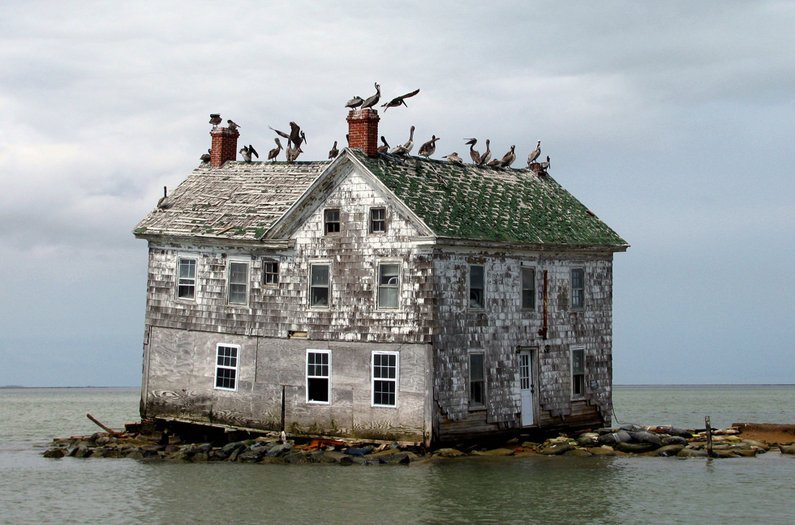 Where will U.S. climate migrants go?

The effects of sea level rise will not be limited to coastal areas; they'll also impact inland communities that may have to absorb tens of thousands of climate migrants, a new study points out.
By Sarah DeWeerdt
April 18, 2017

Millions of people in coastal areas around the world are at risk of losing their homes due to sea level rise from global warming. But that’s only half the story, according to University of Georgia geographer Matthew Hauer.

“Sea level rise is currently framed as a coastal hazard, but the migratory effects could ripple far inland,” Hauer writes in a study published yesterday in Nature Climate Change. The study is the first to try to predict where people moving away from inundated areas might go.

Last year, Hauer and his colleagues used data from the National Oceanic and Atmospheric Administration to calculate that 13.1 million people in 319 coastal U.S. counties could be forced to move if sea level rises 1.8 meters by the year 2100.

In the new analysis, he combines these findings with data from the Internal Revenue Service, which tracks county-to-county migration by noting when taxpayers file a return from a different county than in the previous year. This information enabled Hauer to trace the migration relationships between the counties potentially affected by sea level rise, and the remaining 3,113 U.S. counties where climate migrants might find dry land.

Ten metropolitan areas could lose over 100,000 residents due to sea level rise. The Miami, Florida, area alone could lose more than 2.5 million people. New Orleans could shrink by half a million.

On the flip side, 13 metro areas could gain 100,000 or more migrants. The hottest destinations are predicted to be Austin, Texas; Orlando, Florida; Atlanta, Georgia; and Houston, Texas, which could receive more than 250,000 net migrants each.

Some destinations likely to be popular such as Phoenix, Arizona, and Las Vegas, Nevada, are already experiencing water shortages and other difficulties with growth management. The problems could be even worse if these inland destinations are not prepared for the influx of climate migrants, Hauer says.

Like most modeling studies, this one involves a lot of assumptions. The number of migrants who are forced to move might be lower than predicted if coastal cities undertake protective measures such as sea walls, pumps, or elevating homes and roads—which, in fact, many cities have already begun to do. And new migration pathways could emerge in the future, changing the destinations of future migrants.

Even so, current migration patterns provide a good starting place for predicting future population movements because people’s decisions about where to move are often driven by jobs and other economic opportunities, previously existing social connections, and kin networks.

Similar techniques could be used to model climate change-related migration in other areas of the world, as long as good data on current destination patterns are available, Hauer says.