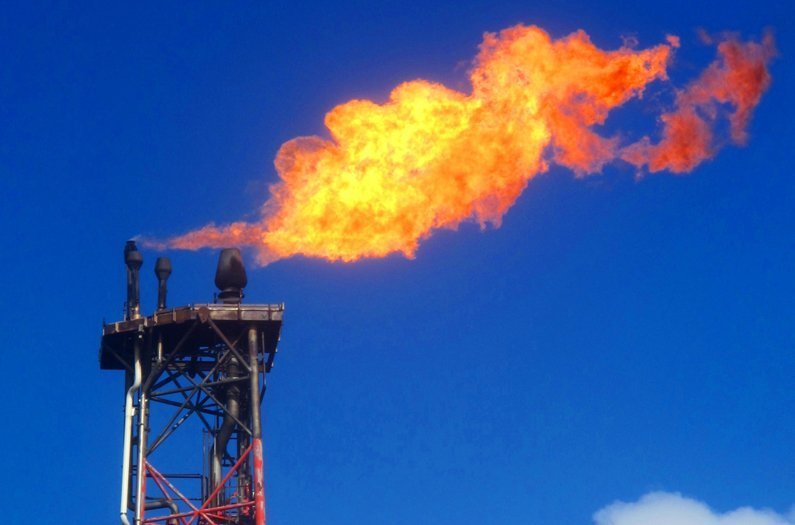 A new way to turn methane directly into electricity using bacteria could keep large amounts of the planet-warming gas out of the atmosphere by using it for power at oil and gas wells instead of burning or venting it.
By Prachi Patel
May 25, 2017

A new way to turn methane directly into electricity using bacteria could keep large amounts of the planet-warming gas out of the atmosphere. The method, reported in Nature Communications, could be used to produce electricity right at oil and gas wells where gas either leaks or is deliberately vented or burned.

We waste around 3.5 trillion cubic feet of gas every year globally via leaks or emissions at wells, storage tanks, and pipelines. That’s as much natural gas as Norway produces each year, and enough to power millions of homes. Wasted natural gas also has an immense climate impact since its main component, methane, is 80 times more potent as a greenhouse gas than carbon dioxide.

Penn State University chemical engineer Thomas K. Wood and his colleagues have created a microbial fuel cell that could harness some of this waste gas. Microbial fuel cells are battery-like devices in which bacteria at the anode consume some kind of organic fuel and produce electrons that travel to the cathode, creating electric current.

Researchers have already made biological fuel cells that run on organic materials such as glucose, wastewater, and brewing waste. Some have tried to use methane as fuel by harnessing methane-consuming bacteria found at the bottom of the ocean. But methane-powered devices have produced minute amounts of power.

The Penn State researchers turned to a microbe found in the Black Sea that produces an enzyme to break down methane. Since this bacterium cannot be cultured in the laboratory, the team engineered another bacterial strain that produces the same enzyme.

The new lab-synthesized bug consumes methane and produces acetate and electrons. To improve the efficiency of the microbial fuel cell, the research team mixed the engineered bacteria with two other microbes: one that produces electrons from acetate, and another found in waste-treatment sludge that can shuttle the electrons to the electrode.

In a microbial fuel cell, the bacterial trio converted methane directly into a significant amount of electrical current. The best devices had a power density of around 170 mW/m2 and a current density over 270 mA/m2.

Those numbers are pretty high for a microbial fuel cell, Wood said, but still 1,000 times less than conventional methanol fuel cells that are used in vehicles.