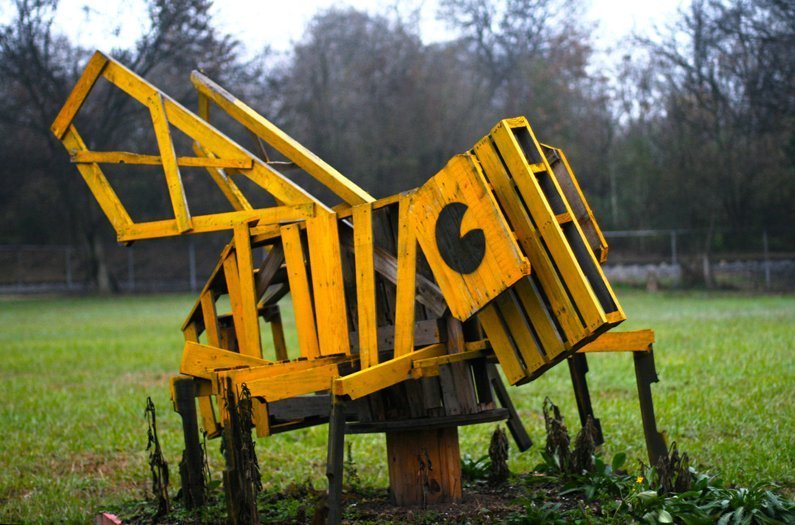 A ‘shrinking city’ may mean growing habitat for bumblebees

To really understand the effects of cities on wild species, it isn’t enough to simply calculate the proportion of pavement—you have to consider an area’s human and socioeconomic history, too.
By Sarah DeWeerdt
May 23, 2017

Urbanization is tough on bumblebees, but Detroit bucks the trend, researchers from the University of Michigan report in the journal Royal Society Open Science. The results suggest that to really understand the effects of cities on wild species, it isn’t enough to simply calculate the proportion of pavement—you have to consider an area’s human and socioeconomic history, too.

Populations of many native bees, including bumblebees, are declining. But past studies have yielded conflicting evidence about the effects of urbanization on these key pollinator species.

To find out more, the researchers collected bumblebees from 30 sites in southeastern Michigan: three nature reserves, two rural farms, and 25 urban gardens or farms in the cities of Ann Arbor, Dearborn, Detroit, Dexter, and Ypsilanti. They collected 520 bumblebees altogether, representing 10 species. The common eastern bumblebee, Bombus impatiens, was most abundant, comprising 72 percent of the specimens.

The researchers also used a GIS computer program to analyze the amount of impervious surface—roads, buildings, parking lots, and so on—surrounding each study site. In most cities, the more impervious surface surrounding a site, the fewer bumblebees they found. Bumblebee diversity was also lower at more heavily urbanized sites.

But in Detroit, these relationships were reversed. “Sites within Detroit had higher Bombus abundance and diversity, despite their location in the densest urban landscape,” the researchers write. (Bombus is the scientific name for the bumblebee family.)

In fact, the site surrounded by the highest proportion of impervious surface—an urban agriculture demonstration garden in downtown Detroit—had nearly as many bumblebees as the most pristine site in the study, a 1,300-acre nature reserve about 25 miles outside of Ann Arbor.

The researchers suspect that this may be due to Detroit’s status as a ‘shrinking city’—a term applied to many post-industrial cities in the US that have experienced decades of economic troubles and population loss.

Although estimates are difficult and somewhat controversial, vacant homes and lots make up as much as one-third of Detroit’s area. These properties may be mowed less frequently and be less likely to be treated with herbicides and pesticides compared to occupied properties, the researchers say.

In turn, those neglected properties would provide good habitat for bumblebees, which nest in old rodent holes, tangles of tall grass, or abandoned tree stumps.

In support of this hypothesis, other studies have shown that vacant lots often have comparable bee diversity to nearby green spaces.

“In general, our results suggest that shrinking cities present unique ecological patterns and may offer avenues for research in sustainable city development,” the researchers write. Of course, insights from shrinking cities are just a stepping stone. The real goal, and a far more difficult one, has to be cities that are vibrant and sustainable for human and non-human inhabitants at the same time.

Image: A bumblebee sculpture made from wooden crates in a Nashville, Tennessee urban garden. Credit: Andrew Steele via Flickr.