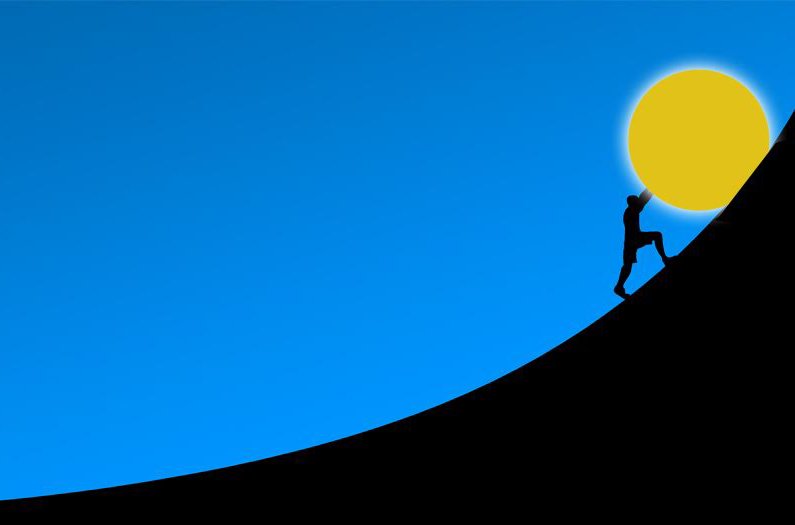 Terawatts of solar power are within our reach

The solar PV industry is on a trajectory to reach at least three terawatts of cumulative PV installations by 2030, according to the authors. Continued technology improvements, falling solar panel prices, and grid integration should bend the curve up to reach 5–10 TW.
By Prachi Patel
May 11, 2017

Enough solar energy strikes the earth in two hours to power the entire world. But in 2015, solar photovoltaics generated only 1 percent of the electricity produced globally.

A new study takes a look at the barriers that need to be overcome for the world to generate terawatts of solar power. Technical, infrastructure, economic, and policy hurdles are keeping solar energy from providing a substantial fraction of global electricity generation, a team led by researchers at the National Renewable Energy Laboratory says in the Science paper.

The PV industry is already on a trajectory to reach at least three terawatts of cumulative PV installations by 2030, according to the authors. Continued technology improvements, falling solar panel prices, and grid integration should bend the curve up to reach 5-10 TW.

Solar power is growing much faster than other renewables. Between 2000 and 2015, PV capacity grew by a factor of 57, while non-hydro renewables grew by a factor of about 9. Yet even the most optimistic forecasts for solar growth such as by the International Energy Agency under-represent the actual sharp uptick in PV deployment over the years. 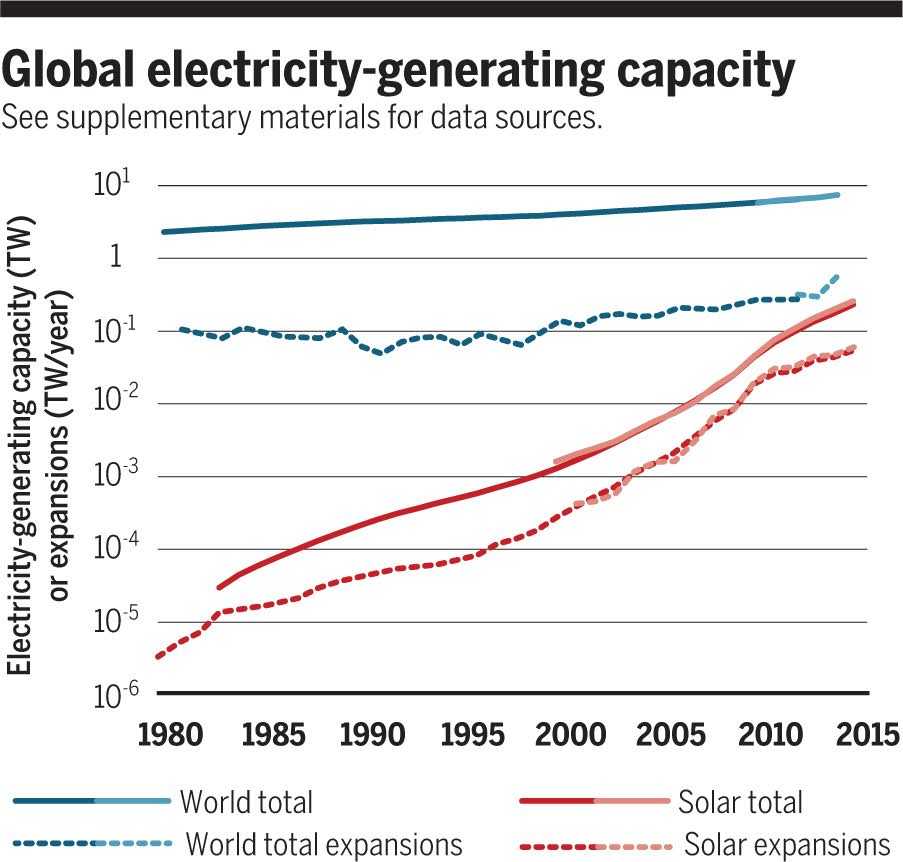 For a more data-driven estimation, the researchers extrapolated the historical experience curve. The premise of this curve is that the more experience an industry has in producing solar modules, the lower the costs get. The researchers found that based on the current trajectory, the deployment of 8 terawatts of solar PV will result in a module cost of around $0.25 per watt.

The team also analyzed what would bring down the so-called levelized cost of electricity, which is the price of a kWh of electricity over the lifetime of solar energy system. Lowering module prices, and increasing efficiency and reliability should all bring down this cost to $0.03/kWh, they found. Using advanced materials other than silicon—cadmium telluride and perovskites—to make solar panels could help to increase efficiency and bring down cost.

Terawatt-scale PV will require flexible grids, the researchers say. Technologies that can shift load to times when there is excess electricity from renewables, interconnected transmission, and better solar forecasting tools will all help. The paper’s authors are also optimistic about battery storage, which they predict will cost $0.025/kWh by 2030.

Other challenges to overcome to reach 5-10TW by 2030? Increasing the overall demand for electricity by increasing the electrification of transportation and heating and cooling; and advances in all forms of solar conversion from solar fuels to desalination.

“Meeting these challenges will enable a viable trajectory for solar energy to provide a substantial fraction of the world’s energy needs,” the team writes. “The realization of this vision is both more urgent than ever and within our grasp.”