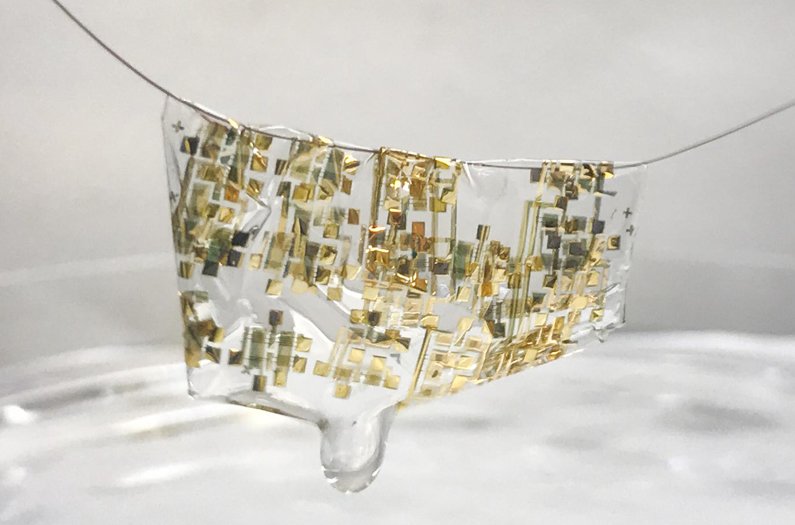 A new kind of electronic device that completely disintegrates within a month when exposed to a mild acid is the latest advance in the field of “transient electronics.”
By Sarah DeWeerdt
May 9, 2017