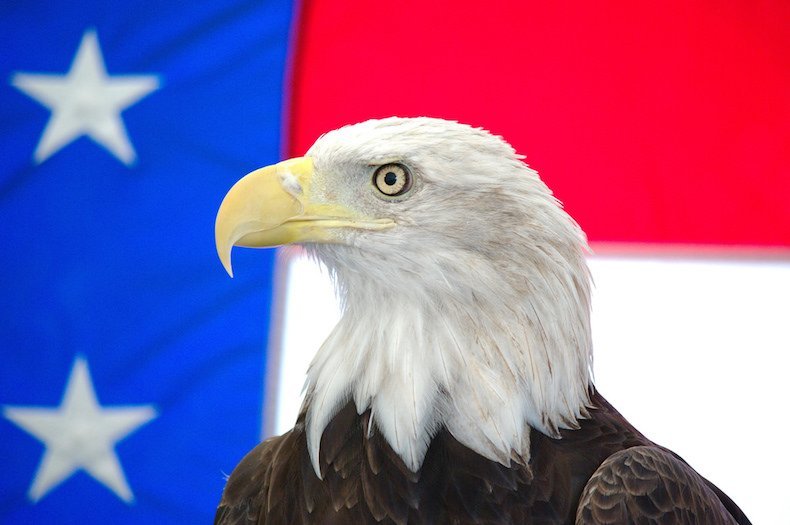 “What does it mean for a country’s national identity,” write ecologists Neil Hammerschlag and Austin Gallagher, “if the symbol chosen to represent its people becomes extinct because of human threats?”
By Brandon Keim
June 21, 2017

India’s Ganges River dolphins and Uganda’s grey-crowned cranes, Arabian oryx in Oman and the white-tailed eagles of Poland: they’re some of Earth’s literal flagship species, the official animals of nations and states. Yet for all they’re venerated as symbols, their reality is often troubled.

Endangered species stories are nothing new, but the national-animal framing, introduced by ecologists Neil Hammerschlag and Austin Gallagher the University of Miami in the journal BioScience, raises a philosophical question. “What does it mean for a country’s national identity,” they write, “if the symbol chosen to represent its people becomes extinct because of human threats?”

For the last several decades, conservationists have used the concept of flagship species—charismatic, highly visible animals, such as Bengal tigers, African elephants, and giant pandas—to rally support and hopefully benefit other species who share their habitats. Gallagher and Hammerschlag are the first scholars to systematically examine the well-being of actual flagship species formally used as national symbols: 231 of them, to be exact, belonging to 142 countries. (Some nations have more than one.)

Drawing on data from the International Union for Conservation of Nature, the researchers found that more than one-third of national animals are threatened. Nearly half are undergoing population declines. Projecting population trends into the not-too-distant future “would render 45% of all animal symbols as threatened with extinction,” write Hammerschlag and Gallagher—yet as of now, “only 16% … are listed by the IUCN as receiving some sort of protection within the country where they are the national symbol.”

On a happier note, approximately one-fifth of animal symbols are presently increasing in population, including bald eagles and American bison in the United States. These are conservation success stories and an example of how national animalhood can be harnessed as an organizing principle. “Given their inherent value to a country’s identity, animal symbols are likely relatively easy targets to gain public support for their protection,” Hammerschlag and Gallagher write.

It’s important for that support to come with an appreciation of the animals’ natural role. Hammerschlag is concerned that good intentions could be gamed, with a handful of individuals preserved even as species go functionally extinct, like rhinoceroses are today. But that’s a tension for the future. First comes action. “If a country isn’t able to conserve or protect its own national symbol,” they write, “what hope do any other species in that country have?”