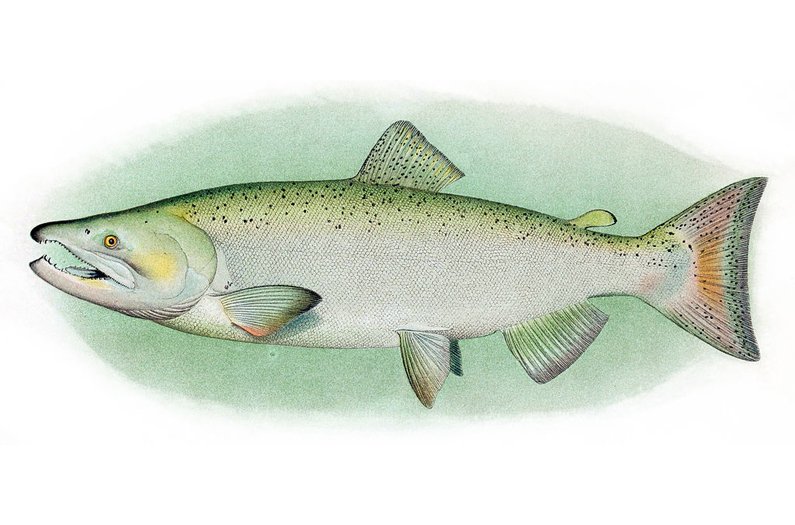 How to grow rice while saving endangered salmon

Researchers find that if rice farms are managed right, they could provide vital surrogate habitat for young and endangered Chinook salmon in California's agricultural Central Valley.
By Emma Bryce
June 23, 2017

For decades in California’s fertile Central Valley, a conflict has played out between wildlife and the agriculture that has slowly displaced it from this once-biodiverse habitat. But now a group of Californian researchers, writing in PLOS One, have shown that some kinds of agriculture might hold a solution for wildlife in the region: for the endangered Chinook salmon, local rice farmers could provide surrogate habitat that would allow these fish to thrive.

Centuries ago, when rainfall would transform parts of the Central Valley into a floodplain, it functioned like a salmon nursery: young fish that spawned in local rivers could grow and mature on the surrounding floodplain before migrating via those rivers back to the sea. But over the past two centuries, 95 percent of that former floodplain habitat has gradually been drained and converted into farmland. This has contributed to the California-wide decline of Chinook salmon.

One kind of agriculture that brings water back into this landscape is rice farming. Researchers have already noted its benefits for migrating waterfowl which have come to rely on the waterlogged fields as mid-flight rest stops. So the Californian scientists wanted to understand how beneficial this system could also be for fish.

They located their study on a rice farm called Knaggs Ranch, on the Sacramento River Floodplain. In the period between the fall rice harvest and spring planting, when the fields lie fallow, the researchers released 10,000 hatchery-raised juvenile salmon into a two-hectare plot on the farm. About 300 of those fish were electronically tagged so their progress could be closely tracked. For food, the salmon relied mostly on zooplankton—a class of animals that includes water fleas—which thrive naturally in shallowly-flooded habitats.

During the six weeks of the study, the researchers routinely sampled the tagged fish, and they measured the growth rates of both untagged and tagged fish at the end of the study. This revealed a striking trend: after six weeks, the salmons’ growth rates were among the highest ever recorded in the Central Valley. This size factor is important because it’s one of the most reliable indicators that salmon will survive and successfully breed as adults.

Based on these findings the researchers propose that when they’re unused in the winter, rice paddies can therefore double up as beneficial surrogate habitat for salmon—without jeopardizing the rice farmers’ productivity.

They do caution, however, that rice farms shouldn’t simply replace efforts to restore and preserve wild floodplain habitat with this strategy. But it is nevertheless a stopgap for a species in peril. By mimicking natural habitat, paddies could be used to strategically link up with nearby rivers that the salmon use to migrate, helping to restore the population to some of its former glory.

As study author Carson Jeffres of the University of California Davis Center for Watershed Sciences, puts it: “This study shows that we can start focusing on solutions that support fish and people, instead of one or the other.”

Image: A. Hoen and Co./Wikimedia Commons