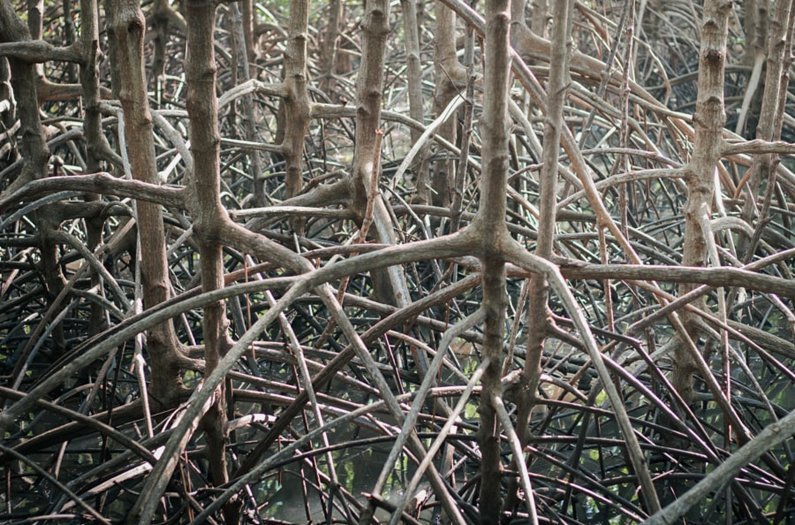 Intact mangroves worth twice as much as rice paddies

In India's Bhitarkanika mangrove, researchers have made a surprising discovery: locals there can generate almost double the income from protecting the mangrove instead of converting it to rice paddies.
By Emma Bryce
June 9, 2017

Conservationists frequently say that ecosystems are worth more when they’re left untouched. But to whom? Local communities who could potentially farm the land might wonder, what’s the real benefit of leaving wild areas intact?

In the Bhitarkanika mangrove in Odisha, India, a group of Indian researchers grappling with this question have arrived at a surprising answer. By leaving the mangrove intact, they say, Bhitarkanika’s surrounding communities can in fact reap almost double the economic benefits they’d get from simply converting the mangrove to crops.

The dilemma at Bhitarkanika, the researchers explain in the journal Agriculture, Ecosystems and Environment, is that farming makes up 25 percent of the income for locals. That’s led to the rapid conversion of mangrove into rice paddies, which also releases greenhouse gases into the atmosphere by disturbing the carbon-sequestering soils in which mangroves root. When these habitats are destroyed, their soils belch out methane and nitrous oxide—two greenhouse gases that actually exceed the potency of carbon dioxide over time. Worldwide, the conversion of mangroves into rice paddies, livestock pasture, and shrimp farms has generated the equivalent of up to 19 percent of the emissions caused by global deforestation, despite the comparatively small land area that mangroves cover.

At Bhitarkanika, the study authors wanted to understand the climate cost of this swift destruction, coupled with the potential economic losses it could incur.

Their research was split into two parts. First they established three sites across the mangrove to monitor greenhouse gas emissions arising from the soil, over the course of two years. At each one, there was intact mangrove adjacent to a rice paddy, enabling them to compare the two types of land use simultaneously. In parallel, the researchers carried out surveys within local communities to establish how much income mangroves generate via activities like fishing for prawns, crabs, and fish, as well as sustainable wood-harvesting and bee-keeping in the forests. They also interviewed mangrove forest officials to establish how much income the area generates via tourism. All of this was compared with the income generated by rice farming in the mangrove, which only some of the local population engages in.

By analyzing this income data, the researchers discovered that the intact mangroves provide local populations with $753 per hectare/year, compared to the $438 per hectare/year generated by rice farming—almost double the income. In principle, that means locals could reap much higher rewards from sustainably using the mangrove’s resources, rather than turning it over to rice paddies.

They also costed the mangrove’s potential economic benefits as a coastal buffer against extreme weather events—although that wasn’t included in the income estimate because it’s too speculative. Nevertheless, this brought a striking additional contribution of $2131.30 per hectare/year.

Furthermore, the readings from the three test sites in the mangrove also showed that over the two years, conversion to rice paddies generated roughly five times more emissions than intact mangrove. The authors argue that this presents an unnecessarily large cost, compared to just maintaining the mangrove. “The conversion of the mangrove to rice paddy increases the carbon equivalent emission, [and] vis-à- vis reduces the net economic value of the same land,” they conclude.