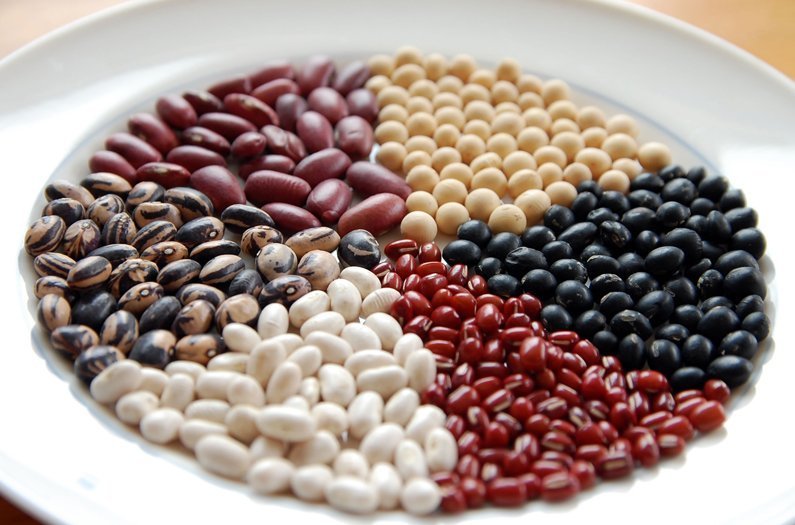 The beef-less scenario is highly hypothetical, but a new study reveals the scale of change that’s possible through dietary replacements.
By Emma Bryce
June 2, 2017

Replacing beef with beans could achieve up to 75 percent of the emissions reduction that the United States needs to reach by 2020, claims a group of American researchers. Practically speaking, this huge leap could be accomplished simply by replacing daily beef portions with 188 grams of beans.

The research, published in Climatic Change, notes that if we’re going to reduce global emissions, our dietary habits at the country scale have to change. In the United States that means reducing the consumption of meat—especially beef, which has the largest greenhouse gas footprint of all foods. Beef farming is responsible for spewing vast quantities of methane and nitrous oxide—two greenhouse gases driving global climate change—into the atmosphere each year.

But despite these known climate impacts, food still isn’t “anchored in climate change policy to the same extent as energy production and usage,” the researchers argue. They decided to challenge that by showing how much could be accomplished if the United States made a change to its dietary regime. The researchers chose to study the emissions impact of beef versus beans: because the latter is high in protein, it’s considered a natural substitute.

They began by using a life cycle assessment (LCA) to compare the greenhouse gas outputs of these two foods. This system works by evaluating all the stages of a product’s life to estimate its overall environmental impact. Using information that was representative of beef farming in the US context, the LCA showed that one kilogram of beef produces an estimated 40.2 kilograms of carbon dioxide equivalent (or CO2e, which describes what the climate impact of a greenhouse gas would be if it were CO2). That was compared to just 0.8 kilograms of CO2e for each kilo of beans.

Then the researchers quantified the levels of beef consumption in the US and switched this for beans. They made sure that the bean quantities matched the calorific and protein value of beef—an estimated 188 grams of beans per day—so they could prove this would be a suitable nutritional substitute.

Through their analysis, the researchers revealed that switching beans for beef would save between 209 and 334 million tonnes of CO2e by 2020 in the United States. That’s between 47 percent and 75 percent of the total greenhouse gas reduction needed to reach the country’s 2020 emissions target. It would also free up 42 percent of US cropland that’s used to farm crops for cattle feed.

Of course, this scenario is highly hypothetical. Convincing people to completely replace beef with beans would be an enormous challenge, requiring that consumers dramatically alter their preferences and perceptions. That’s unlikely to happen on such a scale in the near future.

But the study does reveal the scale of change that’s possible through dietary replacements. And because the emissions impact of beef is so high, even just partially switching from beef to beans would have a significant benefit, the researchers point out. Replacing beef with meat analogs like soy protein—for which there is a growing appetite—would provide a similar boon. The study’s findings could help to inform national policies that try to shift people away from meat-heavy diets, and toward these alternative protein sources.

Those kinds of measures will become a necessity if we’re going to meet our climate targets, the researchers predict. “The scale of the reductions in greenhouse gas emissions needed doesn’t allow us the luxury of ‘business as usual’ eating patterns.”