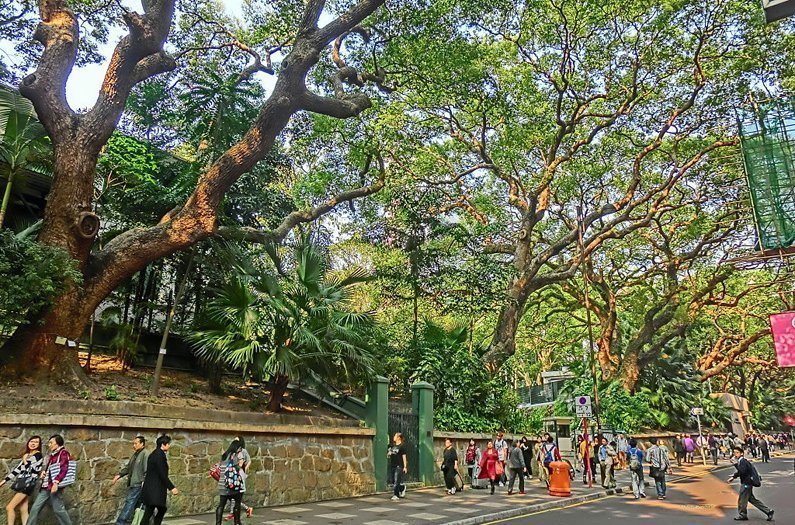 What if we could design cities to minimize the urban heat island effect?

How much green space do you need to sprinkle in amongst the buildings and parking lots in order to make the temperature of the city as a whole more comfortable? And where does that green space need to be?
By Sarah DeWeerdt
June 27, 2017

The world as a whole is getting hotter, and the cities where an ever-growing fraction of the global population lives are getting hotter still due to the urban heat island effect—the tendency for cities to be warmer than surrounding rural areas because building materials like concrete and asphalt trap heat.

Average temperatures in the built-up areas of Beijing, China, for example, increased by 5°C between 1984 and 2014, researchers from the Chinese Academy of Sciences report in the June issue of Science China Earth Sciences. During this 30-year period, the extent and intensity of the urban heat island effect in Beijing increased most dramatically from 2004 to 2014, a period of especially rapid expansion of the city’s impervious surface area—buildings, roads, and parking lots.

Those findings come from an analysis conducted using the EcoCity computer model, which the researchers developed to help planners design cities to rein in the urban heat island effect.

It’s well known that green spaces like parks tend to have a cooling influence in urban areas. But until now, researchers haven’t rigorously quantified the relationships between land cover and temperature. How much green space do you need to sprinkle in amongst the buildings and parking lots in order to make the temperature of the city as a whole more comfortable? And where does that green space need to be?

The EcoCity model aims to answer those questions by integrating high-resolution satellite imagery, temperature and other meteorological data, and information about topography, key infrastructure, demographics, and economics.

Part of the model is descriptive: it enables researchers to delineate different functional areas such as residential, commercial, and industrial districts within a city, determine the ratio of impervious surface to vegetation in each, and calculate how the impervious surface ratio affects temperatures in the different areas.

Using Beijing as a case study, the researchers used the model to calculate that the city’s built-up area is 67.18 percent impervious surface and 20.6 percent green space. But these proportions vary a lot within the city: impervious surface represents over 80 percent of residential and commercial districts, but less than 50 percent of industrial areas.

The researchers analyzed five satellite images—taken in 1984, 1994, 2004, 2009, and 2014—to show how the urban heat island effect in Beijing has changed over time. The most affected areas were the city’s western end and Dongcheng District in 1984, but that had shifted to Haidian, Chaoyang, and Fengtai by 1994.

Such calculations could help city authorities predict which areas of a city are most vulnerable to heat waves, the researchers say.

Other components of the model enable planners to simulate the future expansion of cities and the severity of urban heat island effects under different scenarios. This type of analysis also helps pinpoint where adding green space would be most effective at improving a city’s capacity for temperature regulation.

In Beijing, adding green space is most effective in commercial districts, along roads, and in residential areas. Projects in industrial zones yield less cooling bang for the buck.

“The southern part of Beijing has the highest surface temperature in the administrative districts due to low proportion of green areas,” the researchers note. As these old built-up areas are redeveloped in the future, planners should try to increase the proportion of green space to relieve some of the heat.

Such findings are fairly intuitive, yet being able to quantify the temperature-lowering benefits of green space adds a certain persuasive heft to arguments for new pocket parks and the like.