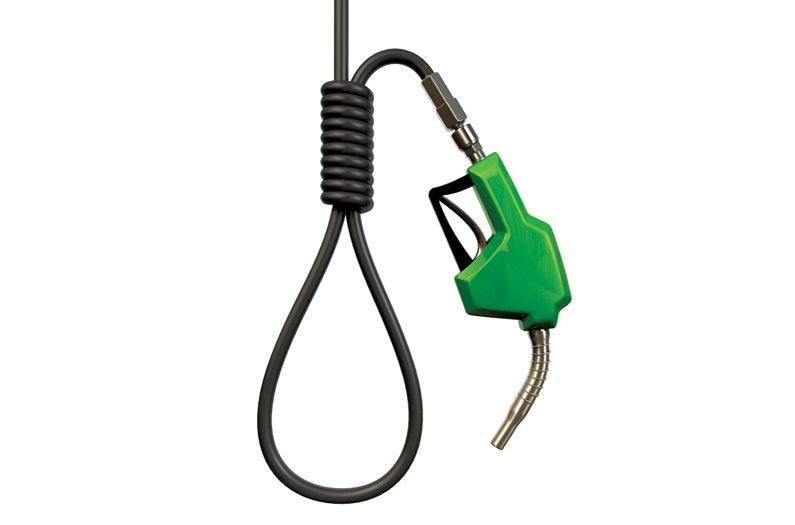 Gas is the worst fuel for your health

Two recent studies present the downside of cars that run on gasoline compared to other liquid fuels. Both show that gasoline cars are worse for carbon particle pollution. The results indicate that a push away from gasoline will be good for the environment and human health.
By Prachi Patel
July 20, 2017

Two recent studies present the downside of cars that run on gasoline compared to other liquid fuels. Both show that gasoline cars are worse for carbon particle pollution. The results indicate that a push away from gasoline will be good for the environment and human health.

One study, published in Nature Communications, measured the effect of gasoline vs. ethanol on air pollution in São Paolo, Brazil. The data shows that the concentration of ultra-small pollutant particles in the air went up by a third during the morning commute when high ethanol prices pushed around two million drivers in that city to switch from ethanol to gasoline.

When the drivers went back to filling up with ethanol, the concentration of the nanoparticles went down again, researchers from the National University of Singapore and Northwestern University found.

The research team analyzed data on pollutant particle size, meteorological data, traffic, and consumer behavior between January and May 2011. They found that the choice of fuel did not affect the concentration of larger particles ranging from 100 nanometers to 2.5 micrometers in diameter, which are regulated in the US and other countries.

Meanwhile, the ultrafine particles (7–100 nanometers in size), that fluctuated with fuel choice slip under the radar. “The push we are seeing in large cities away from gasoline and toward vehicles powered by ethanol, electricity or a mix of the two will result in a reduction of these ultrafine particles,” said Franz Geiger, professor of chemistry at Northwestern in a press release. “This likely comes with a health benefit—these particles, below one micron, have the potential to get deeply into your lungs.”

But the new study shows that diesel cars are not the villains they have been made out to be. Newer diesel engines in Europe and North America are cleaner because they are required to be equipped with particle filters. Whether gasoline or diesel cars re more polluting depends on the pollutant in question.

The team led by atmospheric chemists at the Paul Scherrer Institute in Switzerland studied tailpipe emissions of particulate matter. They analyzed air coming from Los Angeles over four weeks by drawing it through a tube in the roof of a modified construction trailer in a parking lot of the nearby California Institute of Technology.

This means passengers have a choice between cars that generally emit less particulate matter (diesel), or cars that emit less nitrogen oxides (gasoline). “Diesel cars are not necessarily worse polluters than gasoline cars,” the researchers write.

The best option might be to just ditch cars altogether, an Editorial in Nature argues.