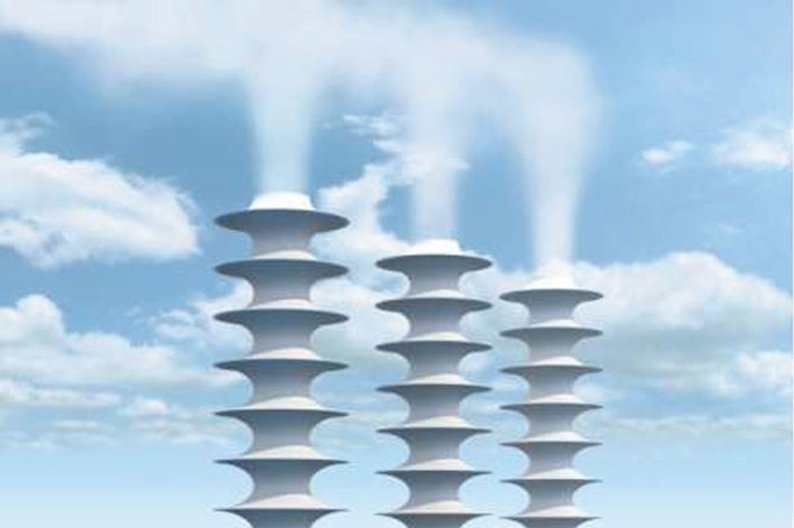 In a new study, researchers at the University of Washington make the case for a geoengineering method known as marine cloud brightening, which involves spraying saltwater into marine clouds to reflect heat back into space.
By Prachi Patel
July 27, 2017

Geoengineering is one of the most controversial proposals to combat climate change. The idea is to tinker with the Earth’s atmosphere on a large scale to counter rising temperatures.

In a new study, researchers at the University of Washington make the case for a geoengineering method known as marine cloud brightening. The technique calls for spraying saltwater into low-lying marine clouds, where they help create more clouds that reflect heat back into space.

The UW scientists say in the journal Earth’s Future that conducting small, controlled marine cloud brightening experiments would provide unprecedented data to understand the effects of aerosols on cloud formation and the resulting reflection of sunlight.

The effect of clouds on climate is one of the biggest uncertainties in today’s climate models. Climate scientists believe that increased pollution since the Industrial Revolution has created brighter, reflective clouds. But they don’t understand the scope of the effect.

There is a need for more controlled experiments to fill the gaps in our basic understanding of the physical processes that control clouds, and how sensitive clouds are to manmade emissions, the researchers argue. By running a series of small-scale experiments in which known quantities of particles are injected into the marine boundary layer, they should be able to observe the impact of the particles on cloud properties and compare them with the properties of naturally formed clouds.

The researchers are now developing a nozzle that can turn saltwater into tiny droplets and can spray trillions of these aerosol particles high into the atmosphere per second. This is the first step in their three-year plan.

Once the sprayer has been developed, they propose to test it in the lab; do preliminary coastal tests in Monterey Bay; and finally move to offshore tests. If these small-scale tests of the technology work, they hope that larger-scale versions could eventually be deployed over larger swaths of ocean.

This isn’t the only geoengineering test underway. Harvard physicist David Keith’s team has recently raised money to conduct a small geoengineering test to dim sunlight. They plan to release about 1 kilogram of calcium carbonate or other material from a high-altitude balloon to see how it affects the physics of the atmosphere. Keith has argued in a recent book that we need to understand geoengineering deeply before we dive into it.

Deliberately messing with the planet’s atmosphere brings up many technical and ethical questions. Reflecting sunlight could affect farming yields and solar panel outputs, for instance. It could trigger much more dramatic unforeseen side effects. Experts also worry that it would detract from efforts to reduce carbon emissions.

“There’s a science question about can we do it, but there’s also an ethical question about should we do it, and a policy question about how would we do it,” said Thomas Ackerman, a UW professor of atmospheric sciences and author of the new study in a press release. “I’m an agnostic on this. I want to test geoengineering and see if it works. But the whole time we’re working on this, I think we need to still be asking ourselves: ‘Should we do it?’”