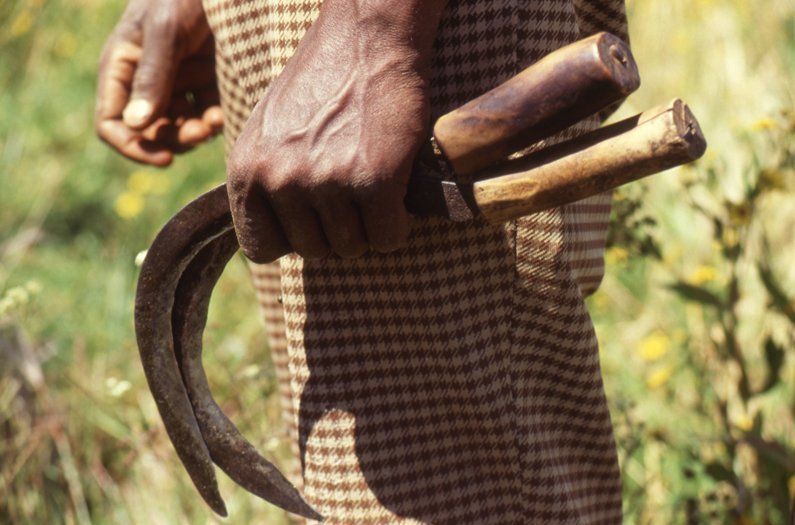 In Ethiopia, researchers have used farmers' traditional crop knowledge to pinpoint areas of the wheat genome that could help breeders to build more resilient crops.
By Emma Bryce
July 28, 2017

Focusing on Ethiopia, a group of Italian and Ethiopian researchers have discovered that farmers’ traditional crop knowledge can help plant breeders to pinpoint beneficial genetic traits in wheat plants. In turn, that could enable them to breed resilient and productive varieties that are tailored to farmers’ specific needs.

Roughly 80% of Ethiopia’s farming population are smallholders, and the country is also the biggest producer of wheat in sub-Saharan Africa–mostly grown in the mountainous highlands, a region particularly threatened by the variable effects of climate change. Innovative methods to improve wheat farming in the country could therefore hold huge promise for the future of this staple grain.

The researchers split the study across two sites in the highlands. At each location they selected 30 smallholder farmers all of whom were wheat-growers. The farmers were asked to examine 400 wheat varieties, which were planted and grown in managed plots. They were then required to rate the different strains, based on a backlog of traditional knowledge about the growing traits that are most beneficial in local conditions. Those came down to features such as the precise timing of plant flowering, and the number of seed heads on each plant. In parallel, the researchers performed a genetic analysis on five samples from each wheat variety.

Intriguingly, through this analysis the researchers discovered that the traits those farmers had identified for each strain could successfully guide them towards key parts of the plants’ genomes. From that, they were then able to pinpoint 124 important locations in the plants’ DNA, segments that contained the genes underlying the farmers’ preferred traits. “Our results show that farmer evaluations are measurable and repeatable,” the researchers explain.

The study presents some of the first evidence to show that traditional knowledge can effectively be used to curate molecular plant breeding efforts. Breeders could use these genetic pointers to selectively breed crops with multiple beneficial traits, producing varieties that are especially suited to farmers’ regional needs–whether those are for crops that flower at precise times to suit the climate, or crops that are especially productive under certain conditions.

The researchers believe that this knowledge-based approach could empower smallholders elsewhere in the world, enabling them to help build the crops that will best suit the unique conditions they face. “Traditional knowledge coming from the past could propel the breeding of the future,” they say.