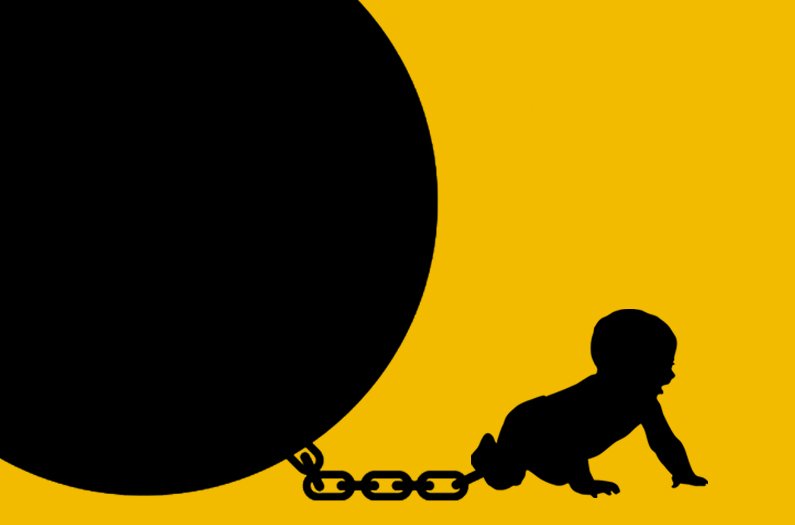 Climate inaction will leave our kids a trillion dollar debt

Unless we drastically cut our carbon emissions, today’s young people will have to pay up to US$535 trillion to clean up the atmosphere using negative emissions technologies, according to a new study.
By Prachi Patel
August 3, 2017

Unless we drastically cut our carbon emissions, today’s young people will have to pay up to US$535 trillion to clean up the atmosphere, according to a new study. That’s how much it would cost them to remove carbon dioxide emissions from the air using negative emissions technologies to avoid the worst effects of climate change.

In 2015, 196 nations signed the Paris agreement to limit global warming to 2°C. But some experts believe even that won’t be enough to keep the climate from wreaking havoc. Hansen and his colleagues say that it would be better to bring carbon dioxide levels in the atmosphere down from today’s 400 parts per million to a relatively safer 350 parts per million.

The most promising negative emissions technology is bioenergy with carbon capture and sequestration. It involves growing crops that are burned to produce electricity, and capturing the resulting carbon emissions to store them deep underground. Another approach includes directly capturing carbon dioxide from the air. Neither technology has been tested at large scale.

Hansen and his colleagues say that if by 2021 the world starts reducing emissions by 6 percent a year, we would still need to extract 150 gigatonnes of carbon dioxide from the atmosphere by 2100.

Read:  What if we tracked a species recovery not just its extinction risk?

About two-thirds of this could be removed via reforestation and better agriculture practices. Extracting the rest will require negative emissions, which they estimate costs between US$150-350 for each tonne of carbon dioxide. That puts the total cost at US $8 to $18.5 trillion, spread out over 80 years at $100–230 billion a year.

By contrast, if emissions continue to increase by 2 percent every year, we would need to remove 1,000 gigatonnes of carbon dioxide from the atmosphere. The cost for that could be US$89–535 trillion.

The study is part of a lawsuit filed against the US Government by 21 children who claim that federal policies are violating their constitutional right to living in a healthy climate.