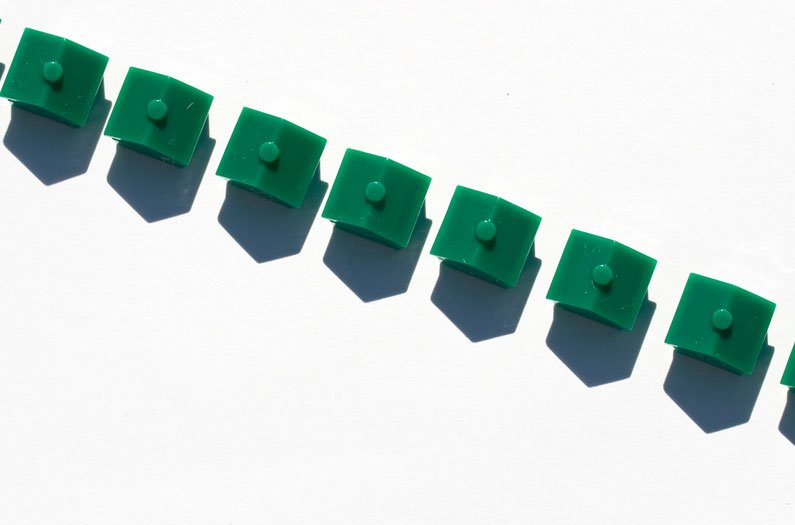 The unintended consequences of cool roofs

Widespread adoption of “cool roofs” – typically made of light-colored materials that reflect a large fraction of the sun’s rays – has the potential to increase certain types of air pollution.
By Sarah DeWeerdt
August 8, 2017

Widespread adoption of “cool roofs” – typically made of light-colored materials that reflect a large fraction of the sun’s rays – has the potential to increase certain types of air pollution, researchers from the South Coast Air Quality Management District and the University of Southern California reported yesterday in the Proceedings of the National Academy of Sciences.

The State of California’s building code was recently revised to require the installation of cool roofs during renovation or new construction of certain types of buildings. Cool roofs are known to be a good strategy for mitigating the urban heat island effect, the tendency of cities to be several degrees warmer than surrounding areas because buildings and pavement tend to trap heat. And cooler cities can reduce demand for air conditioning and therefore greenhouse gas emissions.

But few studies have looked at the effect of cool roofs on air quality. The new analysis tackles this topic with data from the South Coast Air Basin in Southern California, which includes Los Angeles and Orange County and is the second most populous urban area in the United States. The basin also tends to have very poor air quality, and often the highest ozone levels in the nation. Will complying with the new building codes help or hurt the region’s efforts to meet federal air quality standards?

The researchers gathered information from government databases on the footprints of various buildings and which ones are subject to the new cool roof requirements. Then they used computer models of weather and air quality to predict the impact of switching to cool roofs on the levels of two air pollutants with important health effects, ozone and very tiny particles known as PM2.5.

The widespread adoption of cool roofs will decrease annual average daily high temperature in the basin, the researchers found – a generally positive effect.

However, the lower temperature on land is likely to weaken sea breezes and alter the mixing of air from different levels of the atmosphere. In turn, these changes will slightly increase PM2.5 concentrations throughout the basin.

When they incorporated this information into their models, they found that widespread installation of cool roofs is likely to increase the concentration of ozone in the South Coast Air Basin. This is because UV rays contribute to the formation of ozone.

The study also points to the need to understand the air quality effects of cool pavements, which in the future could be installed even more widely than cool roofs. In the South Coast Air Basin, pavement covers almost twice the area as do rooftops.

“While the future, widespread use of certain kinds of cool roofing materials could slightly increase air pollution levels, we in no way want to discourage this technology,” says Wayne Nastri, executive officer of the South Coast Air Quality Management District. “This study shows what needs to be done to help cool our cities and avoid increasing ozone levels as an unintended consequence.”

More studies will be necessary to see whether these effects on air quality are also likely in other geographic areas. But in general, efforts to predict and manage the unintended consequences of new technologies before they’re rolled out widely seems like a step in the right direction.