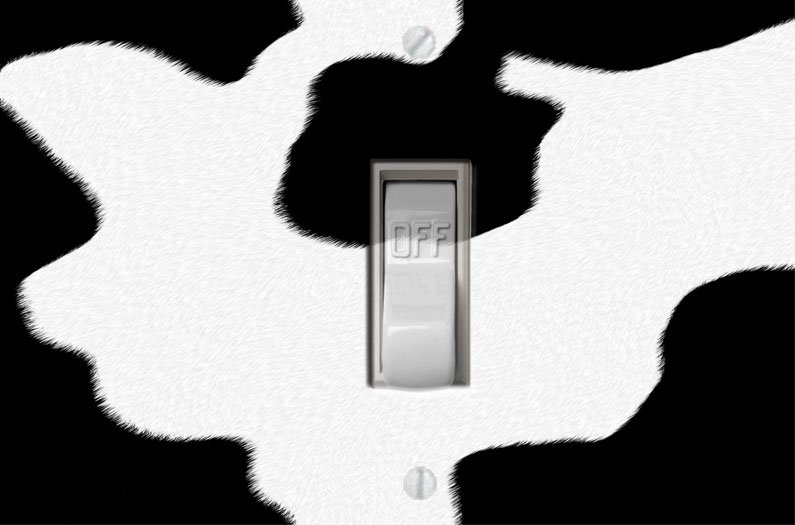 Converting Pastures to Grasslands Could Yield Staggering Amounts of Energy

Converting pastures and farmland used for growing livestock feed like corn and soy into diverse native grasslands, and then producing fuels from those grasses, could provide much more energy than many countries need. Developing nations in the tropics would especially benefit given their large pasture areas.
By Prachi Patel
August 31, 2017

Converting pastures and farmland used for growing livestock feed like corn and soy into diverse native grasslands, and then producing fuels from those grasses, could provide much more energy than many countries need, according to a new study. Developing nations in the tropics would especially benefit given their large pasture areas, the study shows.

By switching pastures to grasslands for biofuel, 95 countries could produce an estimated 6.5 billion megawatt-hours, 289 billion liters, and 424 billion liters of electricity, gasoline, and diesel, respectively. If shared worldwide, those products could meet 35 percent, 23 percent, and 29 percent of the entire world’s electricity, gasoline, and diesel demands.

Of course, it wouldn’t be realistic to take up all pastures and feedcrop land for biofuel grasses. But, say the researchers, if people ate less meat or switched to more plant-based proteins or efficient animal protein sources such as chicken, that would free up large areas of arable land.

Biofuels made from grasses have several advantages over today’s common biofuels: ethanol from sugarcane and corn and biodiesel from soybean and other vegetable oils. Grasses give 50 percent more energy per hectare than corn ethanol. They also can be grown on waste land; need little to no fertilizer or biocides; store more carbon in the ground; and are valuable habitat for a diverse range of insects and birds.

Meanwhile, humans use an immense chunk of land for raising livestock. A quarter of the planet’s land is used for grazing while a third of its arable land is used to grow feed crops.

Machovina and Feeley analyzed the potential of converting pastures across the world, and feedstock farmland in the US and Brazil, into grasslands, and the capacity of these systems to meet a country’s energy demands.

They used existing agricultural inventory data and satellite data to create a map of pastures across 104 countries, and assumed that half of the grasses from pastures could be harvested for biofuel. They also calculated the total area used to produce feedcrop in the US and Brazil using published literature and data sources, and estimated the biomass weight that could be produced if those croplands were converted to grasslands.

Finally, they calculated how much electricity or synthetic liquid fuel can be made from that dry biomass. For a net energy number, they subtracted the energy used to harvest, transport and process the biomass.

Of the 95 net-positive countries, the 25 countries with the most harvestable biomass were all in the tropics. Brazil led with the potential to produce 1.4 billion megawatt-hours of electricity, 61 billion liters of gasoline, and 89 billion liters of diesel annually.

Among the countries that can produce more than 10 times their energy demands are many under-developed African nations, such as Chad, Somalia, Madagascar, Angola, Tanzania, and Mali.

The idea, however, faces several technological, economic and cultural challenges such as limited biomass-conversion plants and competition from cheap fossil fuels. However, the scientists write, “the main limiting factor facing the conversion of pastures to grassland biofuel production is the increasing demand for ruminant livestock products.”