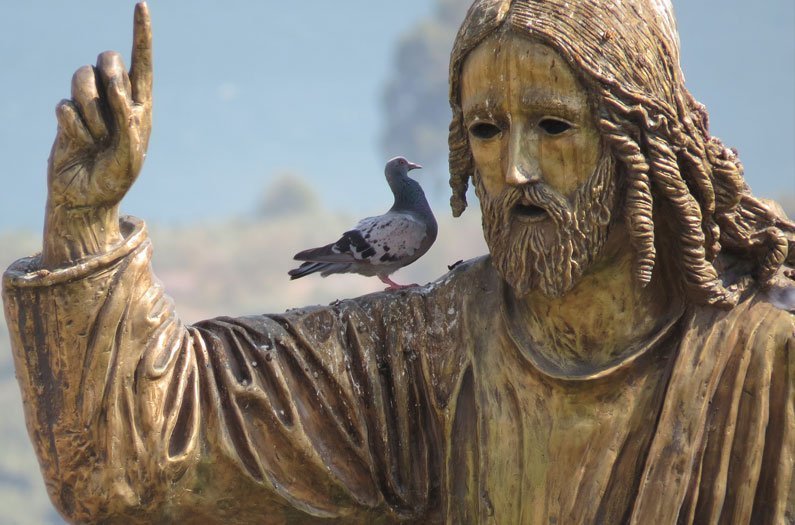 Translating the language of birds

Perhaps the most recognizable natural sounds belong to birds. On television or in a movie, their chatter is sonic shorthand for being outside; except in the most blasted of places, some avian accompaniment is heard. As for what they’re saying, it’s often assumed to be quite simple. They are, after all, bird-brained. The more scientists learn, though, the richer their communications appear, possessing qualities once ascribed solely to human language.
By Brandon Keim
August 16, 2017

Perhaps the most recognizable animal sounds belong to birds. On television or in a movie, their chatter is sonic shorthand for being outside; except in the most blasted of places, some avian accompaniment is heard. As for what they’re saying, it’s often assumed to be quite simple. They are, after all, bird-brained. The more scientists learn, though, the richer their communications appear, possessing qualities once ascribed solely to human language.

The latest such evidence comes from biologists Sean Cunningham and Robert Magrath of Australian National University. Writing in the journal Animal Behaviour, they describe a series of experiments designed to decipher the calls of Manorina melanocephela, also known as the noisy miner, a medium-sized and especially vocal member of the honeyeater family. Cunningham and Magrath wanted to know if the birds’ near-constant calls are what linguists describe as “functionally referential,” expressing not just some internal state — Hungry! Scared! — but referring to specific objects or events. Not just cries, then, but something like words.

The researchers focused on alarm calls, which are used to warn other miners about predators and especially amenable to so-called playback experiments: recording the birds’ vocal reactions — in this study, to the threat of a hawk-shaped glider or a perching hawk model — then playing the recordings back to see how the birds react. The birds produced different calls for each threat and responded appropriately to recordings, freezing after an airborne-predator warning and approaching to join a threat-chasing mob after the terrestrial-predator alert.

That meets all the criteria for functionally referential calls. Noisy miners are just the eighth bird species to demonstrate them, and only the second to classify predators according to behavior as well as type. “I expect it’s likely to occur in many species of birds,” says Magrath when asked if such referential nuances might be found elsewhere. And their references could involve not just alarm calls, on which research has focused, but weather, social dynamics and whatever else is important to their lives. “The best evidence is about alarm calls,” says Magrath, “but there is some evidence for referential communication about food, including in chickens.”

He also thinks they might possess another surprisingly sophisticated ability: syntax, the rules of order that allow humans to fashion many possible meanings from a limited number of sounds. In the journal Current Biology, biologists Michael Griesser and Toshitaka Suzuki recently published the latest in their research on Parus minor, the Japanese tit, a small songbird in the chickadee family. In earlier work, alarm-focused playback experiments suggested that the birds’ calls had different meanings depending on the order in which they were given.

In the new study, Griesser and Suzuki played recordings they’d engineered themselves, mixing  calls from Parus minor and another closely related species. These recombinations were truly novel, something the birds would not have encountered before. “This way,” says Griesser, “I think we can look more into the mental processes of how tits understand the calls.” If they applied ordering rules to these unfamiliar messages, then it was powerful evidence for their possession of syntax. Indeed they did: the call for “alert” followed by “approach” produced different behaviors than “approach” followed by “alert.” Call order matters to them, much like word order does to us.

Griesser thinks this ability, long considered unique to human language, is likewise found in many other species, just as referential communication may be widespread outside noisy miners. The sound of birds calling isn’t just pretty. It’s full of meaning.