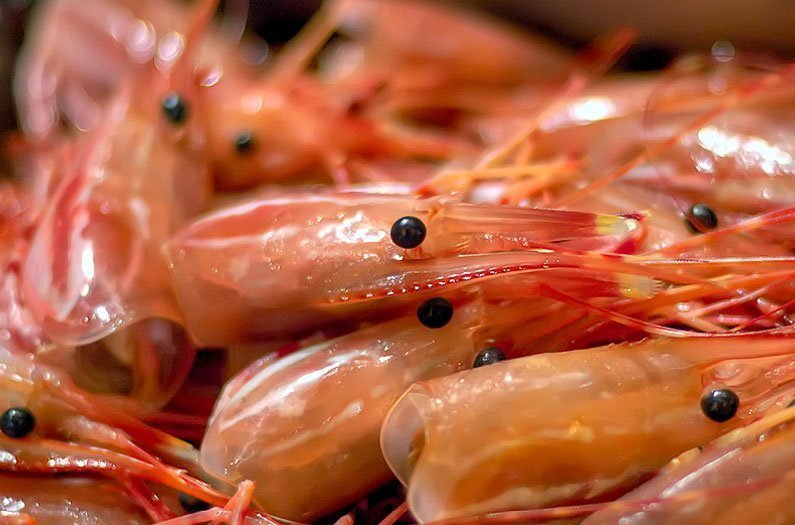 A new kind of compostable plastic coating made from wood pulp and crustacean shells could be a sustainable alternative to the petroleum-based plastic that is used for food packaging.
By Prachi Patel
September 28, 2017

A new kind of compostable plastic coating made from wood pulp and crustacean shells could be a sustainable alternative to the petroleum-based plastic that is used for food packaging.

Unlike other similar bioplastic films made before, this one is strong and resists water as well as oils at room temperature all the way up to 80°C. It could be useful for everything from food coatings to water-resistant paper and coatings for ceiling tiles and wallboard, say the agricultural and biological engineers from Penn State University who reported the material in the journal Green Chemistry.

The growing piles of plastic in landfills and swirling in large patches in the oceans are an alarming environmental crisis. Humans produce over 300 million tons of plastic a year, about 10 percent of which will end up in the ocean. Plastic pollution is driving research efforts to make biodegradable, edible plastic films for food packaging.

The goal is to make such bioplastic films from renewable, low-cost raw materials. Better yet if it’s a waste material. Researchers have been exploring the use of carbohydrate polymers such as cellulose, chitosan, starch, pectin and alginate to develop biodegradable films. The challenge is to make coatings that are strong and are good at blocking oil and water.

The new plastic is made of two of the most abundant organic compounds: cellulose, which comes from wood or cotton pulp, and chitin, the main component of the shells of crabs, shrimp, and lobsters. The chitin could come from the tons of waste shells generated by the food industry. The researchers made the plastic with nearly equal parts of cellulose and chitosan, which is derived from chitin.

Carbohydrate polymer-based films and coatings, however, do not have adequate water and oil-blocking performance especially in aqueous systems because they can dissolve. The new film is unexpectedly strong and insoluble, the researchers say, because of a sturdy bond between the cellulose and chitin-derived chitosan.

“The technology has the potential to be incorporated into foods to reduce fat uptake during frying and maintain crispness,” says Jeffrey Catchmark, who led the new research. “Since the coating is essentially fiber-based, it is a means of adding fiber to diets.”

The team is now working on commercializing the product with the aim of making it cost-competitive with synthetic plastic packaging.