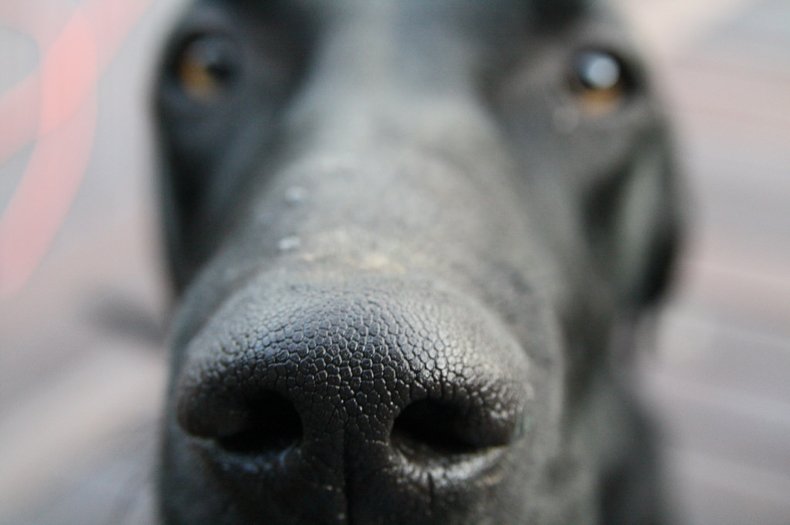 Smell thy self: dog self-awareness and a changing scientific paradigm

Since the 1970s, the ability of animals to recognize themselves in mirrors has been used as a baseline test of whether they possess a self-awareness not unlike our own. By that measure, just a handful of species do — but the test has its critics. Not every species relies on sight like we do. To wit: dogs, who consistently fail the mirror test, but when given a scent-based test seem quite self-aware.
By Brandon Keim
September 27, 2017

Since the 1970s, the ability of animals to recognize themselves in mirrors has been used as a baseline test of whether they possess a self-awareness not unlike our own. By that measure, just a handful of species do: dolphins, other great apes, magpies, manta rays, maybe pigs. A sense of self, so fundamental to our own experience, might be considered a rarity.

The mirror test has its critics, though. Some scientists say it’s stacked against creatures who don’t rely on vision to the extent humans do. Skip the mirrors and provide tests suited to other species’ sensory proclivities, and many more animals might pass. To wit: dogs, who consistently — and often comically — fail the mirror test, but when given a scent-based test seem quite self-aware.

In a study published in the journal Behavioural Processes, psychologist Alexandra Horowitz of Barnard College describes an olfactory-oriented test of self-recognition administered to 36 domestic dogs, each of whom was presented with the scent of their own urine and then urine from another dog. Not unexpectedly, the dogs discriminated between them. Then, in a second stage of the test, Horowitz mixed each dog’s scent with aniseed oil. The dogs were especially interested in this altered smell, spending more time sniffing it than they did their own, unadulterated scent or the oil itself.

Conceptually this resembled the crucial part of the mirror self-recognition test in which an animal uses a mirror to investigate some unexpected feature of himself, such as paint the researcher surreptitiously dabbed on the back of his head. “That is where the idea of ‘self’ may come in,” says Horowitz of this part of the study. “‘Hey, something has changed about my smell!’”

Horowitz is careful to note that self-recognition isn’t necessarily the same thing as self-awareness. ‘Me’ for a dog could mean something quite different than ‘me’ for a human. “Self-awareness is much richer than just recognizing oneself,” she says. Yet we do know that other important aspects of human self-awareness, such as memory, emotion, and social relationships that shape a sense of self and other, are also found in dogs.

To most people who know dogs, this won’t seem surprising. They certainly behave in a self-aware manner. But Horowitz’s findings suggest a scientific imprimatur for that common-sense insight. The findings might also be seen as pointing to an ethical question: in light of such knowledge, will people treat dogs, both domestic and wild, any differently?

That is beyond the present study’s scope. More immediately, Horowitz’s tests may provide a paradigm for testing other species who’ve yet to be scientifically validated as self-aware. Scent-based recognition of related individuals is found throughout the animal kingdom; perhaps some of these animals recognize themselves this way. “Other animals may be interested in their own smell when it’s altered, too,” says Horowitz, “but this hasn’t been tested widely.”

Source: Horowitz, Alexandra. “Smelling themselves: Dogs investigate their own odours longer when modified in an “olfactory mirror” test.” Behavioural Processes, 2017.