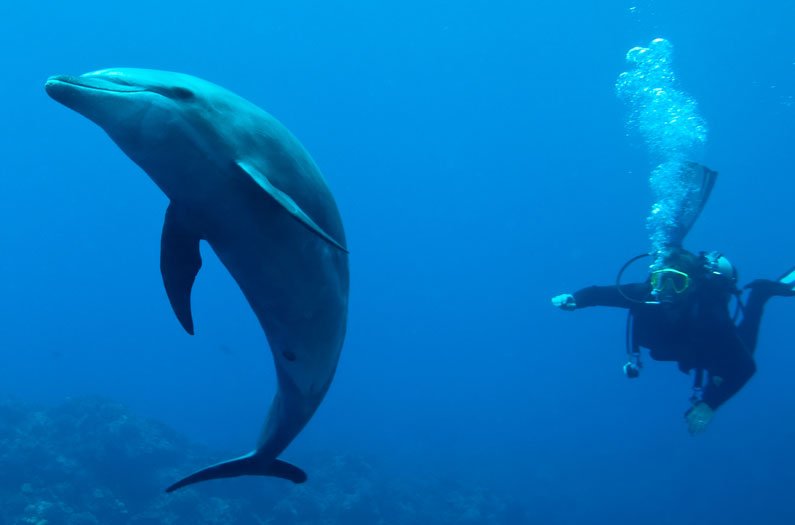 The new canary in the coal mine: dolphins

On the southeastern coast of the United States, the new canary in the coal mine may be dolphins. A long-term study of two populations found extraordinarily high levels of disease, which is likely related to high levels of pesticides and other pollutants in their bodies — a sign of ecosystem-wide problems, and also a warning that people in the region may also be at risk.
By Brandon Keim
September 20, 2017

On the southeastern coast of the United States, the new canary in the coal mine may be dolphins. A long-term study of two populations found extraordinarily high levels of disease, which is likely related to high levels of pesticides and other pollutants in their bodies — a sign of ecosystem-wide problems, and also a warning that people in the region may also be at risk.

Between 2003 and 2015, researchers examined 360 dolphins caught and then released off the coast of Charleston, South Carolina and in Florida’s Indian River Lagoon. The results, reviewed in the journal Diseases of Aquatic Organisms, were troubling. Only 43% of the dolphins were considered healthy. Most were infected or afflicted by virulent fungi, bacteria and viruses, a disease profile that suggests profound disturbances in their immune systems. “In other species, this type of prolonged smoldering inflammation is associated with cancer, autoimmune disease, cardiovascular disease and increased vulnerability to infectious disease,” says Greg Bossart, chief veterinary officer at the Georgia Aquarium and part of the research team.

An accompanying study in the same journal describes probable causes of that disturbance: a stew of pesticides and industrial chemicals, which were present at extremely high levels in the Charleston dolphins and lesser levels in the Indian River dolphins. The latter, however, had some of the highest concentrations of mercury, a neurotoxin that also disrupts immune function, ever reported in dolphins anywhere. “I have concerns about the long term viability of this dolphin population and the ecosystem as a whole,” says Bossart. The lagoon, which covers about one-third of Florida’s east coast, is in a full-blown ecological crisis, and dolphins there have experienced repeated mass die-offs in recent years.

When tested in the lab, bacteria in the Indian River dolphins also demonstrated high levels of antibiotic resistance, likely the result of exposure to antibiotics released farmed animal waste and human sewage. That’s a potentially big problem: some marine pathogens can eventually infect humans, and — less directly but perhaps more problematically — they can serve as a reservoir for antibiotic resistance genes that are eventually transferred to human diseases. This makes the Indian River dolphins “an aquatic sentinel for one of the most critical emerging global issues for human health,” says Bossart.

Dolphins are, noted the study, long-lived apex predators, the final stop for pollutants that accumulate in higher concentrations with each step up the food chain. Humans too fit that description. Some 2.5 million people live along that stretch of Florida’s coast, and the dolphins’ mercury readings inspired the researchers to test 135 people living in the region and eating seafood caught there. More than half had mercury exposure levels exceeding Environmental Protection Agency guidelines.

Bossart and colleagues are now conducting a study of whether pregnant women in Florida understand the risks of mercury exposure from local seafood. In the longer term, their research may inform policies that clean up the southeastern coastal Atlantic. They’re also a model for other research projects that intertwine animal and human health. What’s good for the dolphins should be good for us, too.