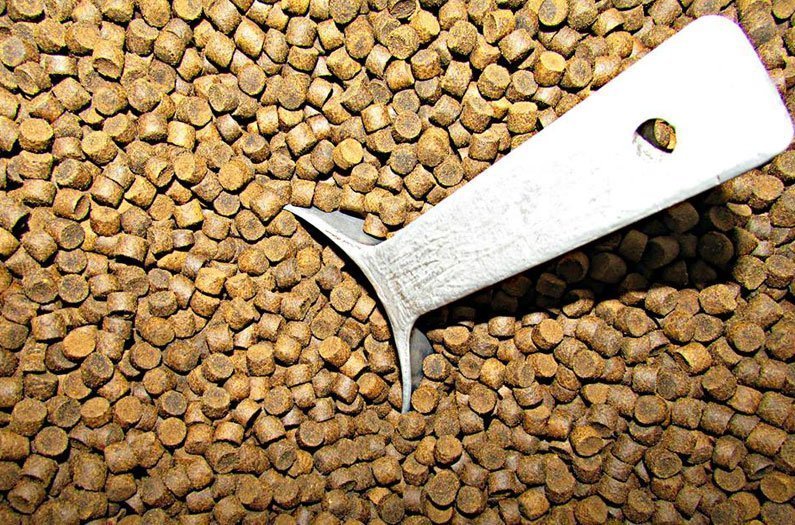 Fishmeal could be seeding ocean sediments with drug-resistant bacteria

Researchers discover high levels of antibiotic resistant bacteria genes in fishmeal--posing a concern that the large quantities of meal that make it to the seafloor could be infecting the food chain with superbugs.
By Emma Bryce
September 22, 2017

The world’s food systems are struggling with the rise of antibiotic-resistant bacteria, which bring the threat of massive disease outbreaks. Now, researchers have uncovered another potentially major source of this problem: fishmeal. Produced to feed farmed animals–including other fish–fishmeal could be creating a repository of disease resistance in the ocean, says a new study published in Environmental Science and Technology.

Fishmeal is derived from wild-caught forage fish, and from the byproducts of farmed fish and seafood. It’s often used to feed commercially valuable fish, which are farmed in enclosures on land, and increasingly in the sea, for human consumption.

But in the case of farmed fish and seafood whose byproducts eventually become fishmeal, the problem starts with the application of antibiotics. These are designed to curtail disease outbreaks in aquatic farms. But this can have the opposite effect: overapplication of antibiotics can cause the development of adapted bacteria that have antibiotic resistant genes (ARGs)–which render antibiotics useless. ARGs can also be easily transferred to other bacteria, so an outbreak could quickly escalate in this scenario, say the researchers, who come from China’s Dalian University of Technology.

It’s known that large quantities of leftover fishmeal ultimately make their way into the marine sediments below fish farms. So the researchers set out to measure how much antibiotic resistance that wasted fishmeal harbours, and what its impact would be on the ocean floor.

They began by gathering five samples of commercially-available fishmeal, and applying it to tubes of marine sediment and seawater that had been collected from an offshore fish farm in China. This was designed in the lab to mimic the real-world interaction of fishmeal and ocean sediments. Then they extracted DNA from each sample, using it to analyse the presence of bacterial components.

This revealed 132 different types of antibiotic resistant genes. Of these, several bacteria species that are potentially harmful to humans–such as strains that cause cholera and tuberculosis–were present, too. “Our study implies that long-term and repeated feeding with fishmeal may accelerate the emergence of antibiotic-resistant bacteria and even pathogens,” the researchers say. They also screened the samples for 23 antibiotics, and found that almost two-thirds of those they tested for were present in the fishmeal. This suggested that the drugs had accumulated in fish bodies during farming and persisted even through the fishmeal processing stage–something that might boost the presence of ARGs.

Since fishmeal is one of the most traded items globally, the researchers argue that it has underestimated potential to spread disease in the sea. In fact, they think that sunken fishmeal could be creating a huge underwater ‘resistome’, where resilient bacteria multiply and spread into the food chain. In extreme cases, that might result in seafood that’s infected with diseases that could be fatal to humans.

In light of this, the researchers urge a more sparing application of antibiotics during the farming process. They also hope their results might spur on the development of new technologies that can detect and remove ARGs from fishmeal–before it reaches the sea and feeds the growing cesspool of bacteria below.

Note (Sept 27, 2017). This story has been updated to correct inaccuracies in the original piece—in particular that fish are not farmed for the production of fishmeal.