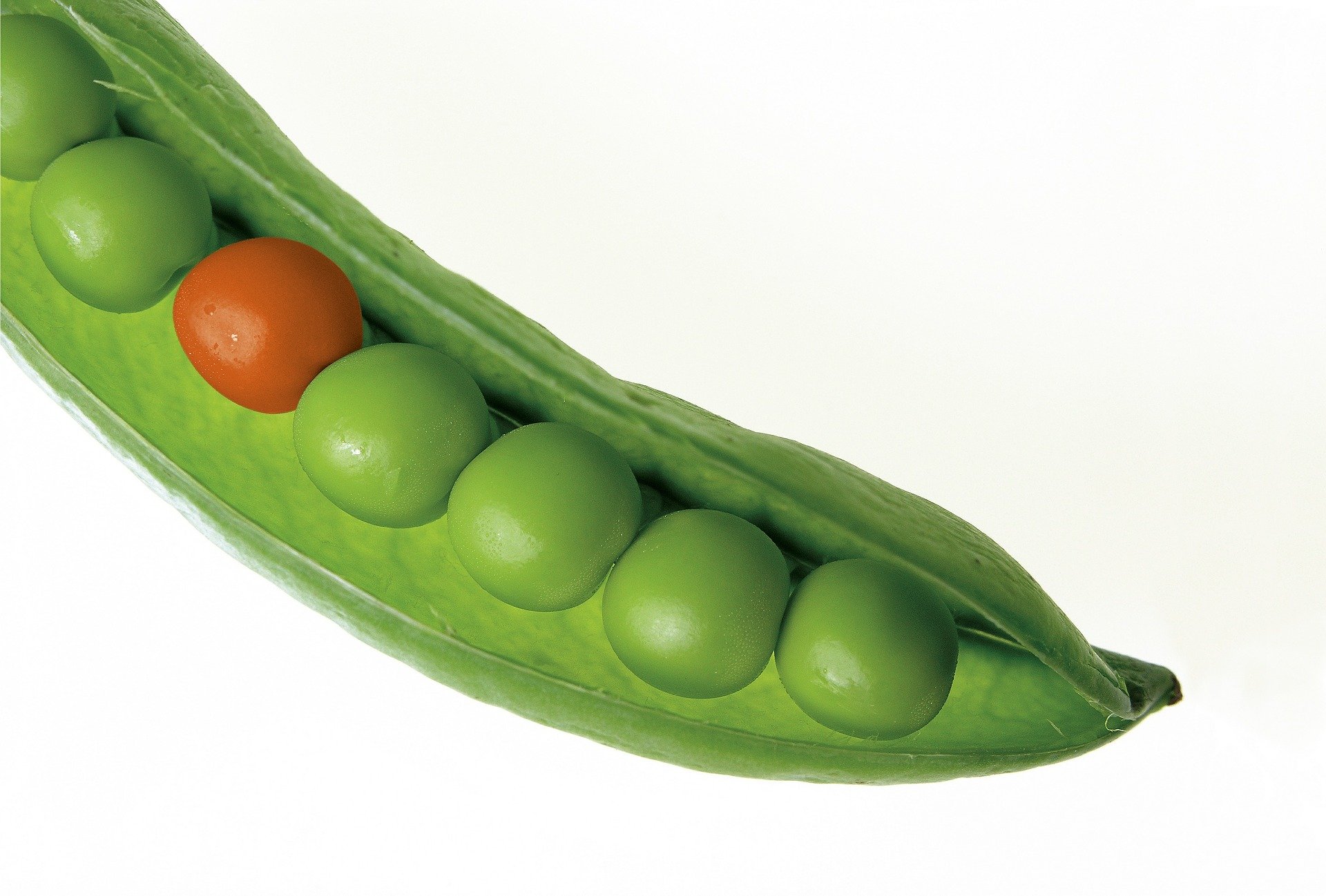 How to breed heat-loving peas

Pea varieties that have longer flowering times and produce more seed pods also have a better chance of withstanding heat stress, a new study finds. This paves the way for breeding efforts that could create climate-resilient versions of this important global crop.
By Emma Bryce
September 8, 2017

The humble pea is a go-to food in many parts of the world. And yet it is up against the huge challenge of rising temperatures, which threatens the yields of this typically temperate crop. But recently, researchers have discovered that certain unique traits–like longer flowering times and an abundance of seed pods–make some pea strains more resilient under heat stress. Writing in Crop Science, they explain that isolating the genes responsible for these traits could, in the long run, boost efforts to breed climate-hardy peas.

Globally, farmers produce about 13 millions tons of peas a year, which puts this crop just behind beans, chickpeas, and cowpeas in terms of global pulse importance. Peas are also typically more sensitive to heat stress than other pulses, so the researchers recognised the “urgent need to breed pea cultivars with better heat tolerance,” they write.

Based at Canada’s University of Saskatchewan, they started by breeding two pea varieties–CDC Centennial and CDC Sage–which exhibit different flowering and pod-producing traits. That generated 107 offspring varieties, which the researchers cultivated in open fields in Saskatchewan over the course of two years. Part of the sample was seeded at the usual time, in mid-May. But the rest was seeded in mid-June. That meant those pea plants would flower later in the year, when they would be exposed to temperatures reaching 35 °C, which mimicked the hotter, more stressed conditions that crops are expected to experience under global climate change.

Once the plants had matured, the researchers harvested several as samples, and measured the yields of each. They discovered that the plants with highest yields were also those that happened to flower for longer than average, and which naturally produced more seed pods. These two traits seem to set up the plant’s defences against heat stress, enabling them to cope, the researchers surmise. A longer flowering time, for instance, probably gives the plant some leeway to recover under high stress conditions and continue flowering, whereas plants without this trait would simply wither away.

The next–and ongoing–stage of the research was to genotype the plant samples, to understand the underlying genetic basis for the beneficial traits. This process highlighted 11 sections of plant DNA where researchers can now focus their search for the specific genes that cause long flowering and increased seed pod production. With that information on hand, breeders could in the future harness the genetics to create pea plants that can withstand specific heat stresses in the regions where they’re grown.

“We wanted to find new varieties that have robust and consistent yields in a warming world,” says lead author Rosalind Bueckert. “The more work we can do with genetic locations and molecular techniques, the more efficient we will be.” They’ve got their work cut out for them: this growing arsenal of genetic information will only become more vital, as we try to secure the future of our most crucial crops in a rapidly changing world.