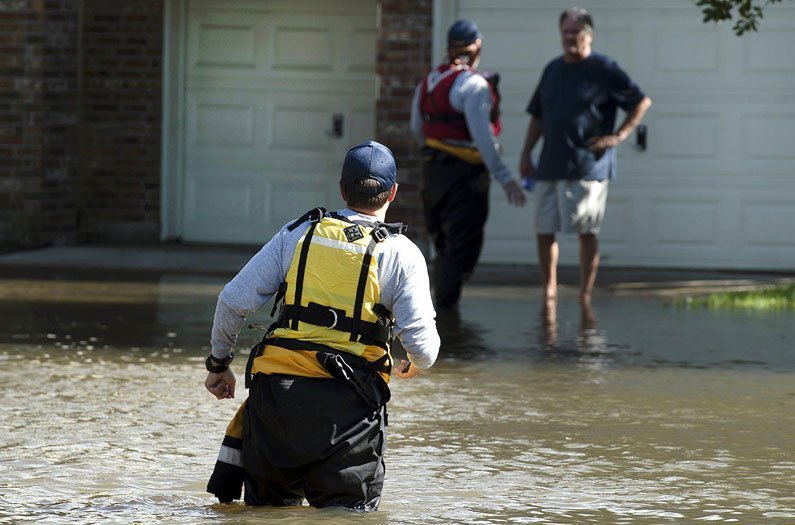 Is this a good time to talk about climate change?

A new study finds that people who had recently experienced more extreme weather events were more likely to support climate change adaptation in general, as well as to support specific adaptation measures.
By Sarah DeWeerdt
September 26, 2017

Experiencing extreme weather events can make people modestly more likely to support policy measures to help communities adapt to climate change, according to research published in the September issue of Global Environmental Change. The effect on people’s attitudes is not only small but only lasts about a month. But the world measured in the study may no longer be the one we are living in.

The survey captures information about when and where a person answers it. This enabled the researchers to determine how many extreme weather events occurred in each participant’s area in the last month by cross-referencing data from National Weather Service’s Storm Elements Database. This database tracks all kinds of severe and unusual weather phenomena, but the analysis focused on weather predicted to become more frequent and severe with climate change such as heat waves, drought, flooding, tropical storms, and high surf or storm surge from sea level rise.

However, the effect is a relatively small one. Experiencing an extreme weather event has a smaller impact on a person’s views about climate change adaptation than things like their overall view of climate change, demographic characteristics, and political views and partisan identification.

The researchers also looked at extreme weather events over longer durations, up to 24 months. But only weather events experienced within the past month increase support for adaptation. “This suggests the effect of severe weather on opinion towards the merits of climate adaptation is transient,” they write.

Only about 2% of people in the survey had experienced more than two extreme weather events in the previous month, making the sample size for judging the cumulative impact of larger numbers of events pretty small. And the researchers only looked at how the frequency of extreme weather affects attitudes, not the severity. Yet the most extreme weather events may affect people’s psychology over a longer period. In fact, the researchers suggest their finding of greater weather-related support for coastal development restrictions than urban storm water control may be due to memories of Hurricane Irene in 2011 and Sandy in 2012. In addition, media coverage of those most extreme storms may result in them shaping people’s perceptions outside their immediate geographical reach.

Which brings us to the past month or so of 2017, which has seen the worst rainstorm in U.S. history with Hurricane Harvey, the most powerful Atlantic cyclone ever recorded with Hurricane Irma, an extreme humanitarian crisis unfolding in Puerto Rico in the wake of Hurricane Maria, thousands dead from flooding and mudslides in across Africa and southern Asia, and smoke from the worst wildfire season in almost 60 years choking swathes of the American West and even reaching Europe.

Strikingly, the Global Environmental Change study looked at people’s attitudes towards climate adaptation rather than mitigation – efforts to curtail carbon emissions and limit the effects of climate change in the first place – because there is some evidence that people are more likely to support adaptation measures since it is easier to connect an action iwith benefits for that same location. Yet the scale of the past month’s weather-related disasters makes clear that adaption is not a sufficient response to the challenge facing us.

It’s almost as if the assumptions underpinning the research, like pilings supporting a pier, have been washed away by the events of the past month. Can our study of climate change keep up with the speed at which our world is being altered?