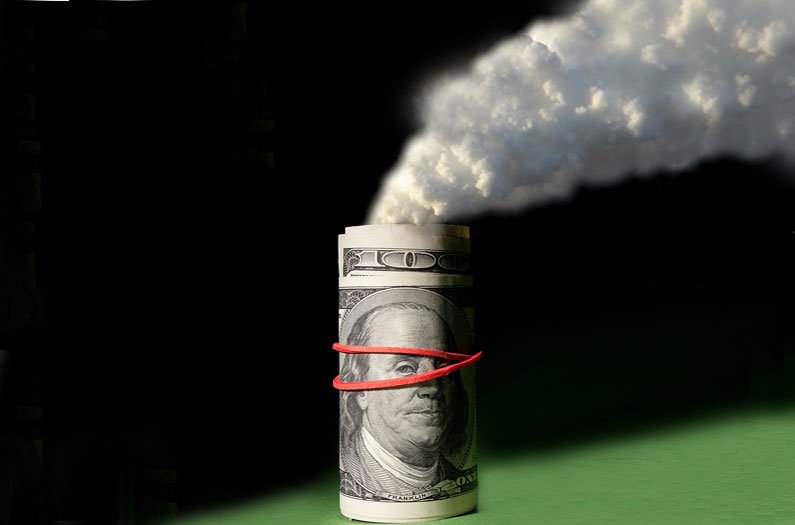 Americans may finally be ready to look at a carbon tax

A majority of Americans support a carbon tax as a way to cut carbon emissions and want to see the money spent on clean energy and infrastructure.
By Prachi Patel
September 14, 2017

In the wake of the devastation from hurricanes Harvey and Irma, climate change has been on people’s minds. At the same time, the Trump administration is keen on a massive tax overhaul. Some Democratic leaders think this is a good time to talk about a carbon tax. But what does the American public think?

Turns out a majority of Americans support a carbon tax as a way to cut carbon emissions and want to see the money spent on clean energy and infrastructure. That’s according to a new study published in Environmental Research Letters.

While policymakers in the US have generally looked at taxing carbon emissions warily because it carries political risk, the idea has recently gained backing among Republican policymakers. In February, an international research group called the Climate Leadership Council–founders of which include senior conservative leaders and corporate giants like BP, Shell, and ExxonMobil– released a report emphasizing how a carbon tax is more consistent with conservative principles of free-market solutions and small government.

The group’s carbon dividends idea is to initially charge $40 per ton of carbon dioxide produced, resulting in about $200 billion per year. This amount would go up over time. The revenue would be paid out in tax-free dividends to US families, boiling down to about $2000 annually for a family of four.

The Yale researchers wanted to find out whether the American public supports or opposes such a tax, how much they’re willing to pay, and how they would like to see the revenue used. So they surveyed over 1220 adults 18 or older. Respondents were given 10 different expenditure categories and asked to indicate whether they would support or oppose each one. The vast majority of 80 percent supported developing clean energy like wind and solar, and improving roads, bridges and other infrastructure.

More than 70 percent supported using the money to help displaced coal industry workers, and 66 percent support paying down the national debt. Between 45–60 percent support reducing federal income taxes, assisting low-income communities vulnerable to climate change; paying a climate dividend to all households in equal amounts; and helping all communities prepare for and adapt to global warming.

Higher average household income increased the likelihood of supporting a carbon tax. And not surprisingly, Democrats were more likely to support the tax than Republicans, Independents and those without party affiliation.

“We believe that, with current interest about a carbon tax as a ‘Republican climate jailbreak strategy’, our findings may have significant policy implications,” said Yale economist Matthew Kotchen who led the work.