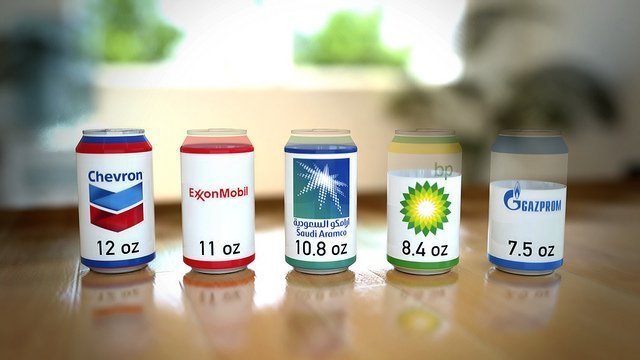 The top 90 carbon producing companies are responsible for nearly half of the increase in global average temperature and between one-quarter and one-third of sea level rise between 1880 and 2010.
By Sarah DeWeerdt
September 12, 2017

Roughly one-quarter of global warming can be traced to carbon emissions from less than two-dozen companies, according to research published last week in Climatic Change.

The analysis reflects an emerging idea that responsibility for climate change lies not just with the countries where past carbon emissions occurred but also the companies that profited from those emissions. It builds on a 2014 study that traced nearly two-thirds of all industrial carbon dioxide emissions between 1880 and 2010 to just 90 companies, including 83 fossil fuel producers and 7 cement manufacturers.

In the new study, researchers used a climate model to calculate the contribution of each company’s emissions to the increased concentration of carbon dioxide in the atmosphere, increased global surface temperature, and sea level rise.

For example, emissions from the 90 largest carbon producers represent about 57% of the increase in atmospheric carbon dioxide concentration observed between 1880 and 2010, the researchers found. Their calculations also suggest that the top 90 carbon producers are responsible for nearly half of the increase in global average temperature and between one-quarter and one-third of sea level rise over that period.

The percentages for different climate impacts are not the same because these impacts take varying amounts of time to materialize. When carbon dioxide enters the atmosphere it affects temperature within a decade, but sea level rise has a longer time lag. So the researchers also calculated some of the future impacts of past emissions. Looking forward, recent emissions from the 90 largest carbon producers will drive nearly two-thirds of the additional sea level rise expected by 2040, they found.

Even among the 90 largest carbon producers, which include 50 investor-owned companies, 31 majority state-owned companies, and 9 current or former centrally planned state industries, the biggest behemoths have a really striking impact. Emissions from just the two largest investor-owned companies, Chevron and ExxonMobil, plus the two largest state-owned producers, Saudi Aramco and Gazprom, are responsible for nearly 10% of the Earth’s temperature increase since 1880. Just three companies – Chevron, ExxonMobil, and BP – are responsible for nearly 6% of sea level rise.

The researchers also calculated the effect of emissions since 1980, a period of robust public and scientific awareness of the dangers of anthropogenic climate change – in other words, a period during which the companies knew their products were harmful and might have taken action to reduce that harm.

Instead, emissions (and companies’ efforts to obscure and deny their effects) have only accelerated. “Strikingly, more than half of all emissions traced to carbon producers over the 1880-2010 period were produced since 1986,” the researchers write.

“Assigning responsibility for climate change is a societal judgment, one that can be informed by but not determined through scientific analysis,” the researchers caution, correctly. Still, the type of analysis they have developed here could be a useful tool going forward. In the future, the approach could be used to quantify the contributions of major carbon producers to ocean acidification, heat waves, or other extreme weather events, they say.

Image:The air in any small room with dimensions 18 x 18 x 9 feet contains 2.7 gallons of man-made carbon dioxide.This visualization shows how much of that gas is attributable to several of the top carbon-emitting companies. Source: Carbon Visuals.