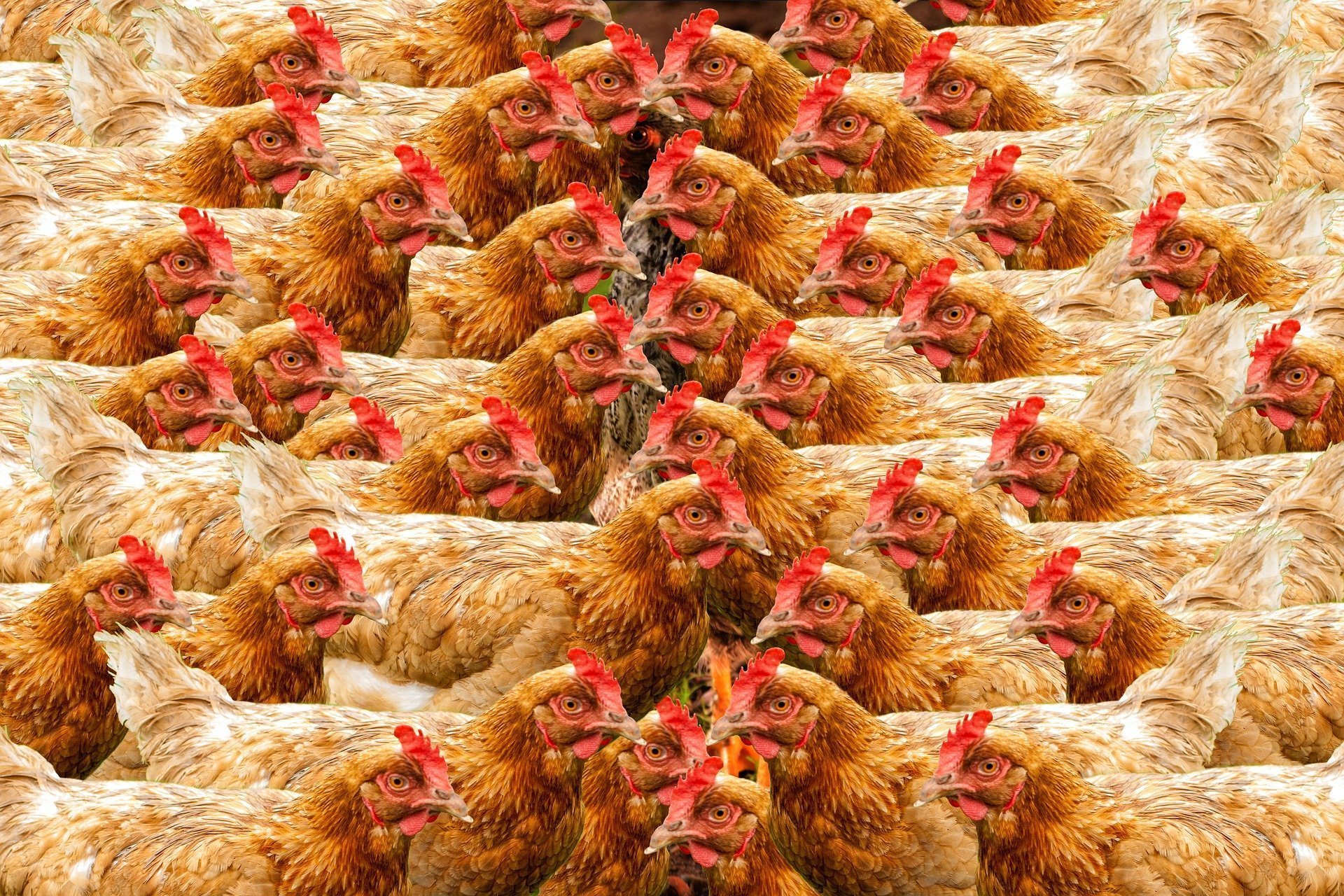 If hens received organic, plant-based feed, the eggs they produce would by default have a much smaller environmental footprint, a new study reveals.
By Emma Bryce
September 15, 2017

Vegans and organic foodies are often mocked for being self-righteous. But researchers say that if we extend their principles to egg farms–by opting to feed hens an organic, vegan diet–farmers could dramatically cut the environmental footprint of industrial egg production. Comparing it to conventional chicken diets, where livestock-based products are commonly incorporated into feed, the new Journal of Cleaner Production study showed that a greener regimen for hens could starkly reduce the emissions impact of their eggs.

Global egg production has reached 70 million tonnes annually, making it one of the most widely consumed forms of animal protein. While eggs are often considered a ‘green’ option compared to meat products, the researchers–from Canada’s University of British Columbia Okanagan campus–wanted to elucidate the true environmental impact of this breakfast staple.

They based their research in Canada, which has over 1,000 egg farms that together generate $926 million a year. To estimate the impacts of egg farming, the researchers carried out a life-cycle analysis (LCA): this employs a series of standardized measures to estimate the full environmental footprint of a product–in this case eggs–by measuring its impact at every stage of production. For a portion of the data, the researchers also relied on 88 surveys, carried out on 104 participating farms. These surveys measured factors like the ingredients in chicken feed, how chicken waste was managed, and energy and water usage at each stage.

The results of the analysis revealed that of all the factors measured in the LCA, feed had by far the biggest influence on the environmental impact of egg farms, followed closely by chicken waste. In fact, feed was responsible for 68% of overall greenhouse gas emissions produced across the whole supply chain.

That mostly comes down to the contents of feed. Typically, crops like corn, soy, and wheat are used to make feed. But some types are made from animal products like meat, fat and bone meal–the leftovers of cattle, poultry, and pig farming. Because livestock farming is resource intensive and has high emissions, when the life cycle analysis incorporates those factors, it scores animal-based feed especially high on the impact scale.

On the other hand, plant-based feed had a noticeably lower impact. Organic crops, in particular, typically use limited amounts of pesticides, and so have a much lower environmental footprint per ton of eggs. For comparison, the researchers calculated that organic soy-based feed caused 249 kilograms of carbon dioxide equivalent (CO2e) per ton of feed, whereas cattle-derived products would generate 58.2 tonnes of CO2e for every ton of feed.

Even the emissions impact of transport along the egg supply chain was unexpectedly modest, compared to the impacts of feed and manure, the researchers found. They concluded in fact, that if hens simply received a diet of organic, vegan feed, that alone may be enough to reduce egg farm emissions by more than 50%.

By pinpointing the main factors that worsen the environmental footprint of egg farms, the researchers hope that farmers will now be able to better focus attempts to improve the sustainability of their trade. “There is a large gap between the laggers and leaders in terms of environmental performance,” the researchers say. “This is where the opportunity to improve lies.”